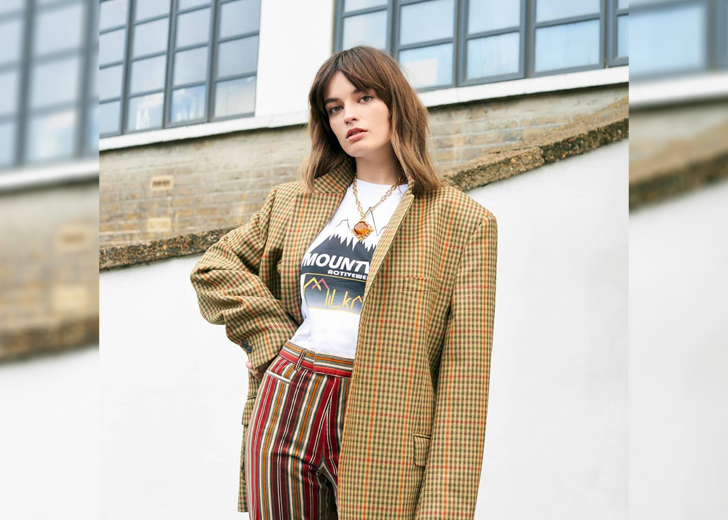 Emma Mackey is an English-French actress who is largely known for portraying the role of Maeve Wiley in the hit Netflix show titled Sex Education. She began playing the role in 2019, when the show first aired, as one of its lead cast.

As the show got renewed, she continued to reprise her role. Recently, she appeared in the third season of the show. A couple of days ago, the show was renewed for a fourth season, and it’s possible that Mackey will reprise her role again, though there are rumors suggesting she might not.

In the show, Mackey’s character is involved in several relationships, and because of that, fans have been wondering if she is dating someone off-screen. Here is what we know of her personal life!

The present personal life details of the actress remain in the darkness as Mackey prefers to keep them up to herself only. She has given no hints about whom she might be currently dating.

She has not also posted any pictures with a man who can be regarded as her boyfriend. Her social media gallery is only filled with pictures of herself, her profession, and of/with her friends.

As a result, it cannot be said if she is currently in a relationship or not. And, if she is, she has successfully kept it private. It might also be possible that she is single and relishes her singlehood.

Even though Mackey’s relationship status remains unknown now, she was previously linked with a few men.

Back when Mackey, age 25, first began appearing in Sex Education, around early 2019, it was rumored that she was in a relationship with the English actor and poet named Dan Whitlam.

The two often shared pictures alongside each other through their respective Instagram handles. For instance, on February 13, 2019, Whitlam had shared a picture alongside Mackey in which the two were seen intimately laughing together.

Likewise, on April 15, 2019, he had shared a series of pictures alongside the actress and his other friends while they were at Cannes at the Cannes International Series Festival. He captioned the pictures “Best ten days with these Beauties.”

Though their bond seemed strong, they stopped following each other on Instagram and Mackey deleted all the pictures from her Instagram in which Whitlam was present. This action led people to believe that they had broken up.

Years later, the two are now following each other on Instagram again. Whitlam never deleted the pictures from his Instagram in which Mackey was in. Despite that, reports suggest they are not dating and only have a friendly relationship.

Other than Mackey’s rumored relationship with Whitlam, there were also speculations of her being in a relationship with her Sex Education co-star Asa Butterfield. The gossips started after the viewers saw the on-screen chemistry between the two.

As Mackey and Butterfield’s characters, Otis and Maeve, are each other’s love interests in the show, fans got more reasons to ship the duo.

The speculations are presently not true, at least as of now. The two performers seem to only have a good friendly bond and regard each other as co-stars. Apart from these, there have not been many rumors around The Winter Lake star’s dating life.