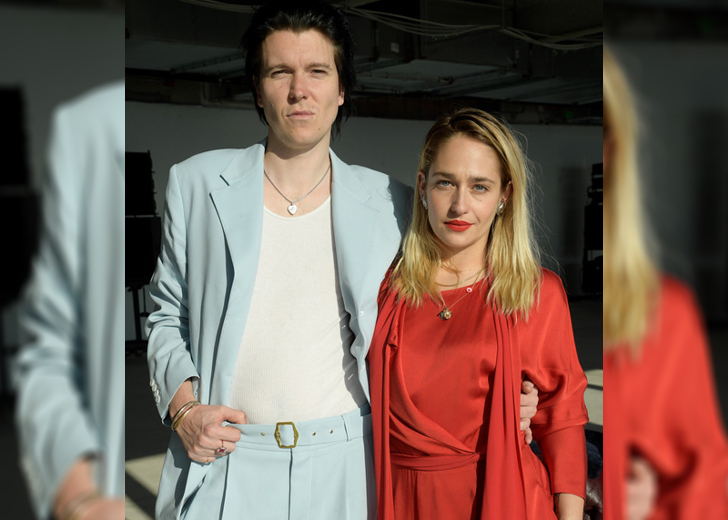 Jemima Kirke is an England-born American actress who was recently seen playing the role of Hope Haddon in the third season of the Netflix hit series Sex Education, aired on September 17, 2021.

While Kirke’s professional life is flourishing, it isn’t the only successful thing in her life. She has also got a blissful personal life with her long-time boyfriend, Alex Cameron.

Jemima Kirke and Alex Cameron Are Together since 2017

The Maniac actress has been together with her boyfriend for over four years as of this writing. Kirke and Cameron first met each other while working on an ambitious mockumentary about male creative ego.

The two ended up falling in love, and their dating life officially began in July 2017. Since then, they have always been together and have supported each other in every aspect of their life, both professionally and personally.

Their love life is very public, as they have made several public appearances, along with regularly sharing of pictures with each other on their respective Instagram handles.

For instance, on July 16, 2019, Kirke shared a cute picture of her hugging Cameron from behind. Likewise, on August 21, 2020, Cameron shared a picture of his partner from a photoshoot in which he was also seen but blurred out. He wrote a cute caption that said, “I’ll take being a blur if it gets me next to her.”

Cameron’s love for his beau is so strong that in 2019 he even made an album Miami Memory, which, as per him, is mainly influenced by his relationship with his partner.

The singer currently lives with Kirke in New York City. Going by that, it looks that the boyfriend-girlfriend duo’s bond will grow even more with no signs of their split in the coming days.

Around a year after being married, on September 25, 2010, they welcomed a daughter named Rafella Israel Mosberg into their family. On November 20, 2012, the family of three further expanded when Kirke gave birth to a son named Memphis Kirke Mosberg.

Following the birth of their kids, the husband-wife duo was relishing their parenthood. Everything looked fine between the married couple. However, little did everyone know that their marital relationship would not last forever.

In January 2017, news broke out that Kirke and Mosberg have parted ways and the actress has filed for a divorce. It is unknown what led to the two deciding to end their almost eight years of marriage.