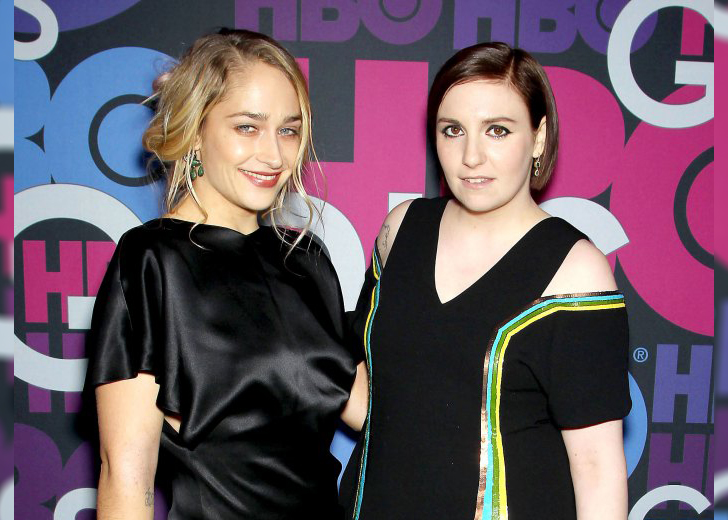 English-American actress Jemima Kirke is renowned for her portrayal of Hope Haddon in the Netflix series Sex Education, which aired its third season on September 17, 2021.

But apart from being noted as an actress, the 36-year-old is also an artist and has received quite a reputation for having tattoos in different parts of her body, as well as inking it on others, too.

In one such instance, she convinced her best friend since high school, Lena Dunham, a fellow actress, to get a tattoo. But how did she convince Dunham?

Since Kirke and Dunham are high school best friends, they have done a lot of things together. Doing so, Kirke, who is obsessed with tattoos, wanted her best friend to have a tattoo as well.

In an interview with Vanity Fair in April 2012, Kirke admitted she was the one who wanted Dunham to have a tattoo. Kirke said, “I have a handful of tattoos that I really want to put on people that I can’t find anyone to let me give them to.”

She added Dunham let her do one of them, which was a Yorkshire terrier on her ribcage. Afterward, she was asked how she convinced Dunham to get a tattoo.

While answering that, she mentioned it was very easy as “Lena, to me, is the easiest person to shop for.” Continuing her statement, she said, “Anything that I would buy for her, she would find it cool somehow.”

“If there’s something that I am into that may be a little bit out there for some people, Lena will always be the person to meet me there. With the tattoo, it’s the same thing.”

Some of Jemima Kirke’s Tattoos

As mentioned earlier, Kirke has a lot of tattoos inked in several parts of her body.

One of the many tattoos she has is a ‘Heart and Banner’ tattoo. The tattoo is an outlining heart with a banner that is inked on the palm of her left hand. “IX-XXV-MMX”, is inked inside the banner which is the numerical representation for “9-25-2010” which is her daughter, Rafella Israel Mosberg’s date of birth.

Kirke also has a ‘Chevron lines’ tattoo which is on the edges of the middle finger of her left hand. The tattoo contains a tattoo of tiny inverted V’s that are inked one below the other as small chevron lines.

The meaning of this tattoo is “forward-looking towards life and creating your own reality.”

Apart from these three tattoos, there are several other tattoos inked in her body, including a Zig-Zag Lines tattoo, a ‘Spider web’ tattoo, Symbol tattoo, Quote tattoo, a Viking symbol tattoo, a ‘Mama’ tattoo, a Star tattoo, and a Rose tattoo.