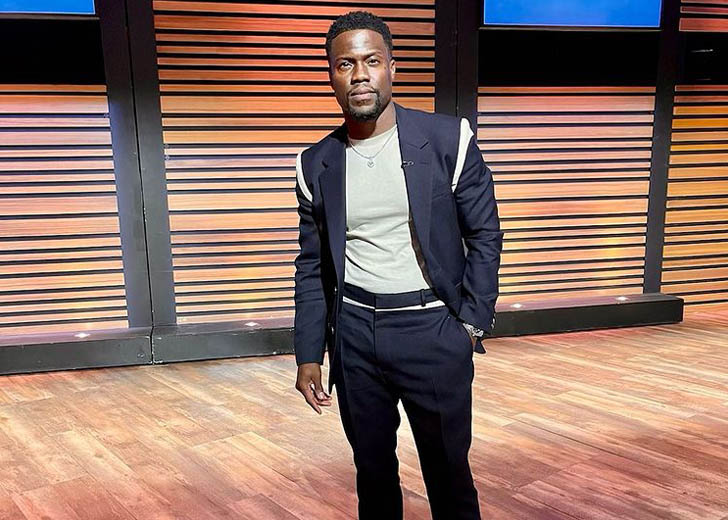 Funnyman Kevin Hart is one of the busiest and most dedicated comedians and entertainers of his generation. Born with the gift of the gab and the ability to flip controversies on their head, Hart has amassed a $200 million fortune and has over fifty acting and producing credits to his name.

Recently coming off the self-produced feature film Fatherhood, Hart is currently wrapping up production on the Netflix limited series True Story and filming a new Netflix film, Me Time, with none other than Mark Wahlberg. He’s also set to team up with director F. Gary Gray on the heist drama Lift in 2022.

More Kevin Hart on our screens means more Kevin Hart promotional whirlwinds. As one of the most outspoken celebs around, Hart’s antics are never far from the headlines.

However, even the most diehard Kevin Hart fan may not know every single one of the following outrageous facts about the star comedian.

Hart’s bromance with Jumanji co-star Dwayne Johnson is the stuff of wholesome legend, and the diminutive actor also has a budding bromance with Mark Wahlberg blossoming away in the background. Neither of these relationships, however, have reached the heights that Hart’s prank-war with Nick Cannon has in 2021.

Back in July, Cannon sent the birthday boy a rather warm and furry gift in the form of a real-life llama.

The escapades didn’t stop there, however. After Hart returned the favor by publishing Cannon’s direct number in a series of advertisements across LA, New York and Atlanta, Cannon took things a step further by wrapping Hart’s private jet with a blown-up image of his face.

Sure, there are some members of the insect kingdom that would give even the most stoic among us the creeps, but surely not butterflies and grasshoppers? Well, if you happen to be Kevin Hart there’s no distinction between a pretty little butterfly and a house centipede.

Hart legitimately suffers from entomophobia, which is an extreme fear of insects – particularly of the flying variety.

…and his career’s all the better for it.

Early on in his career, Hart performed for a manager and talent booker Lucian Hold – the man who famously ‘discovered’ Eddie Murphy, Chris Rock, and Jerry Seinfeld. Believing that he was “killing it” during the audition, Hart had high hopes Hold would sign him on the spot. Hold had a different idea, though.

After his set, Hart was taken backstage by Hold where he was asked if he had another occupation. When Hart replied he didn’t, he was told in no uncertain terms to “think about doing something else” because a career in comedy wasn’t for him.

4. The Future of Poker

Hart’s passion for poker is well known; he’s been playing the game since 2010 to varying degrees of success. A few years ago, however, he declared himself the savior of poker by making it “fun.”

In addition to competing in the 2017 PokerStars Championship at the prestigious Monte Carlo Casino, the outspoken actor famously announced he had “bullied” himself into working with the global gaming brand and intended to become the new face of poker “because I love the game…and it’s missing me.”

It’s a tactic that worked, as Hart went on to engage in a whole host of promotional activities with the brand that year, even going head-to-head with Usain Bolt in a series of hilarious poker-themed challenge videos.

Nevertheless, Hart has had a lifelong passion for basketball and dreamt of one day becoming an NBA player. As a teen, he even ended up attending the same basketball training camp as Lakers legend Kobe Bryant.

Hart may not have followed the same path as the uber-talented Bryant, but he never gave up on his dreams and did, technically, go on to play for the NBA. For a number of years, Hart was a key player in the NBA All-Star Celebrity Game, where he played so well he took home the MVP award four years in a row.