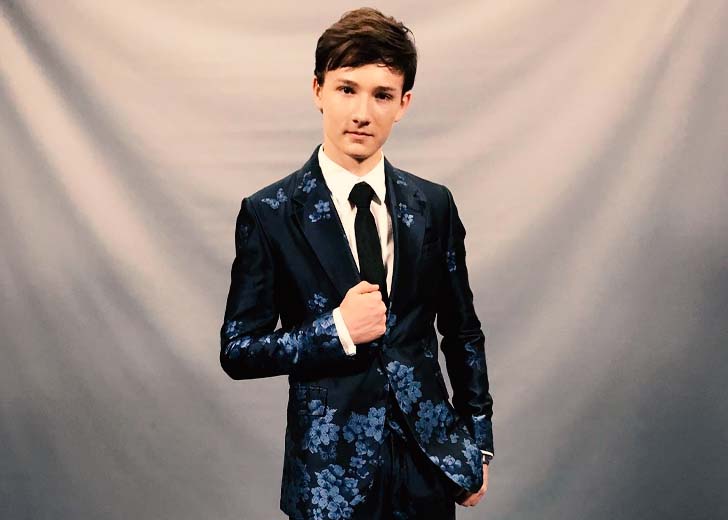 Skylar Gaertner is a talented child actor who gained the limelight after his portrayal of Jonah Byrde in the hit Netflix series titled Ozark. He has been a part of the show since its first season in 2017.

In addition, he has appeared in Locke & Key, CSI: Crime Scene Investigation, They Came Together, The Americans, Sleeping with Other People, I Smile Back, 1956, The Ticket, and Daredevil.

Here is everything you need to know about Gaertner, including his wiki, bio, parents, height, and more!

How old is Skylar Gaertner?

As of this writing, Gaertner is 17 years of age. However, several outlets have reported his age as 18, which is false. He was born in 2004, and thus his current age is 17.

The actor celebrates his birthday every year on May 7. On his 17th birthday, he was filming the fourth season of Ozark, and the cast and crew members surprised him with a small birthday celebration, following the COVID-19 protocols.

One week later, on May 14, he took to his Instagram handle to share a clip from that celebration. In the caption, he thanked his Ozark family for making his birthday awesome. “You’re the best!” he added along with a few hashtags such as #birthday and #may7.

Gaertner has come a long way since he joined the Ozark cast. At the time of his casting, he was only 13-year-old. The actor had recently shared a collage of three pictures of his character – from season one to three. The significant age differences could easily be noticed in it.

Who are Skylar Gaertner’s parents?

As per reports, Gaertner’s father’s name is Brennan Gaertner, and his mother’s name is Dawn Gaertner. Besides their names, little to no information is available on his parents.

Apart from his parents, it’s confirmed that the actor has two older siblings: sisters named Jadyn Gaertner – an aspiring musician – and Jenna Rae Gaertner. On the occasion of National Siblings Day, April 10, 2019, he had posted a picture alongside his sisters.

Skylar Gaertner with his parents and sisters in Argentina. (Photo: Instagram/skylargaertner)

In the caption, he first wrote, “Happy National Siblings Day!” and then mentioned that he has got two of the best siblings. Then, adding some humor, he said, “Most of the time anyways,” with a wink emoji.

Furthermore, it’s also reported that Gaertner has three brothers named Gabe Gaertner, Oak Gaertner, and Reed Gaertner. However, the actor has never mentioned his brothers. Thus, this information falls under the gray area.

Skylar Gaertner has an average height

For a 17-year-old, Gaertner surely has an average height. As per his IMDb profile, he reportedly stands at the height of 5 feet 4 inches or 1.63 meters.

As a result, Gaertner’s exact height remains unknown. But, considering those numbers, it’s for sure that he has an average height.

In the crime-drama-thriller Netflix show, Gaertner plays the role of Jonah Byrde. He has been playing the role since 2017 and has appeared in 40 episodes.

The show follows Marty Byrde, a financial advisor who ends up laundering money for the Mexican drug cartel and Kansas City Mafia. Though he wants to quit the job, his bosses don’t allow him.

As the story goes on, he and his family move from Chicago to the Missouri Ozarks to launder money. While they are there, his wife and children eventually find out what he actually does, and they also get involved in the same line.

As for Gaertner’s character of Jonah Byrde, in the teaser for season four, it’s hinted that he is joining hands with his father and helps him in the money-laundering business. The first part of Ozark’s season four is now streaming on Netflix.

How much is Skylar Gaertner’s net worth?

As per multiple reports, Gaertner has managed to accumulate a healthy net worth of around $200,000 – $400,000. However, the child actor is still in his early days in the entertainment industry and hasn’t been a part of big projects.

But, now that he has shown his skills in several acting projects, it’s only a matter of time before he gets cast in big movies and TV shows. And when that happens, his income and net worth will surely rise up and be in millions.