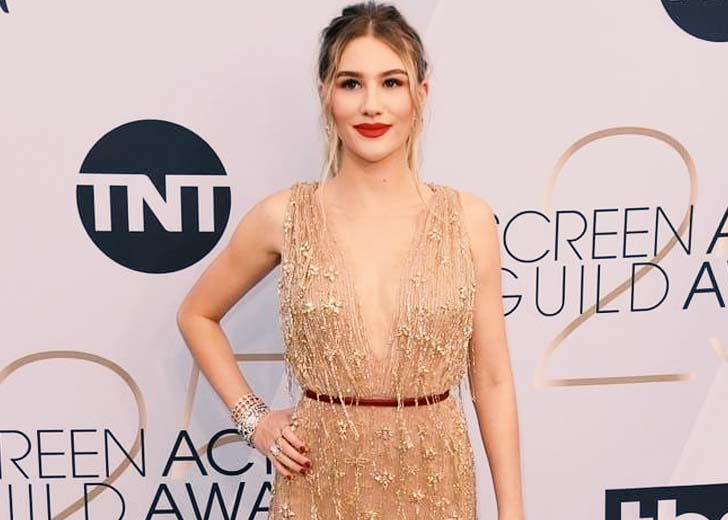 Sofia Hublitz is an aspiring young actress who came into the limelight after her role as Charlotte Byrde in the Netflix series Ozark.

Hublitz’s first appearance on TV was on Master Chef Junior as a contestant in 2013, finishing 8th place, making her more compatible with the camera as it came as a great experience for Hublitz.

Hublitz’s upcoming days followed her roles in TV series like Louie, Horace and Pete, and Ozark, along with movies like What Breaks The Ice, Ida Red, and Master.

The Ozark actress was born on June 1, 1999, in Richmond, Virginia, to Keiran Lawrence Gaughan and Sosie Hublitz.

In the early days, Hublitz had to move often with her parents, the first destination being New Carolina when Hublitz was five years old and then in New York just after three years of their shifting to Carolina.

Hublitz’s mother is a former screen art director and today’s renowned chef and owner of several thriving restaurants in Charlottesville, Virginia, the OBX of North Carolina, and Millie’s Diner in Richmond, Virginia.

In 2018, Hublitz went under a huge tragedy due to her father’s sudden death, but the strong-spirited girl didn’t break down; instead, she continued her training at the Professional Children’s College in Manhattan.

Sofia Hublitz with her father Keiran Lawrence Gaughan before his death. (Photo: Instagram)

Besides institutional training, Hublitz has also trained under a private acting coach.

Hublitz is said to have an average height of 5 feet 4 inches or 1.63m. Moreover, having beautiful oceanic blue eyes and blonde hair color, she weighs 50 kg or 110 lbs.

Yes, the actress has an Instagram but it seems like she is presently taking a break from social media handles. In addition, the account appears to have been deleted since October 2020.

In the wake of the situation, Hublitz fans have created several fan accounts in her name to support her work.

Hublitz’s cameo in TV took place with her participation in Masterchef Junior at 14 in 2013, providing her with a base and anticipation from viewers.

The following year was even more thrilling as she hooked upon the role as Danielle Hoffman in two episodes of Louis C.K.’s series Louie in 2014, following her role as young Sylvia in their web series Horace and Pete in 2016.

She was also involved in consecutive seasons of the Netflix original series Ozark. She played Charlotte, whose first season premiered in 2017, with its fourth season still on the run.

Ozark is the major break of Hublitz and her first-ever serious role, which has been so loved and helped her stamp her presence in the acting field.

In an interview with The Last Magazine, Hublitz explained how she played the role opposite of her actual self.

She said, “That’s one of the differences between Charlotte and myself, she’s so kind of ‘I don’t care even though death is knocking on their front door more often than not. I would definitely be scared shitless, but she seems a bit more aloof.”