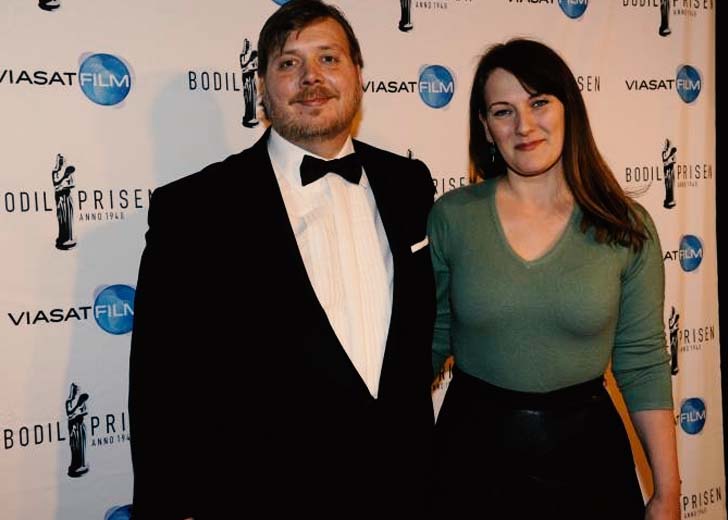 Nicolas Bro is a talented Danish actor who recently appeared in the romantic-drama movie A Taste of Hunger (original title: Smagen af sult) which was released in the U.S. on January 28, 2022. In it, he played the role of Torben.

In addition, he has appeared in numerous movies and TV shows such as Hjerteafdelingen, King’s Game, Forbrydelsen, Antboy, 1864, The Bridge, DNA, Riders of Justice, and The Middle Man.

Here is a look at the actor’s personal life, as well as details about his age, parents, and height.

Is Nicolas Bro married to a wife?

The Thin Ice actor is presently married to his longtime wife, Theresa Stougaard Petersen – who is reportedly a theater director and prop at Folketeatret, a theater in Denmark.

As per reports, the married couple first met when Bro was 21 years of age and Petersen was 19. Their first meet was at Krogerup Højskole in Humlebæk, north of Copenhagen. They eventually began dating each other.

After being in a relationship for around two years, in 1995, Bro and Petersen shared the wedding vows in front of close friends and family members. Since then, the duo has always been together and supported their partner in every situation.

In their marital life, the couple is blessed with one child, a son named Dante. He and his partner welcomed their only child 16 years after their marriage in 2011. Speaking about his son with Billed Bladet in 2019, the actor said:

“My son is the most important thing. My family means everything and there is not really anything next to it.”

In addition, he said that his son is a very careful boy and would hold his hands when they walk the streets, which he enjoys as well. He also stated that he and his son like to look at art and that his son has been interested in art since he was young. “I think that’s great,” he added.

Bro is presently 49 years of age. He celebrates his birthday every year on March 16. As per that, his zodiac sign is Pisces.

Born in 1972, he was raised in the suburbs of Copenhagen, Denmark.

Coming over to his education, he attended the Danish National School of Theatre and Contemporary Dance and graduated in 1998.

Nicolas Bro comes from a family of acting

Acting was a huge part of Bro’s childhood as several of his family members were involved in it. Perhaps, it’s the main reason he eventually went on to choose acting as his career choice.

His father’s name is Christoffer Bro, and his mother’s name is Helle Hertz. Both of his parents are established Danish actors. Additionally, he has two aunts, Vigga Bro and Lone Hertz, who are actresses.

Apart from his parents, he has two siblings, a brother named Anders Peter Bro and a younger sister named Laura Bro (born in 1973). Both of his siblings are involved in acting.

Besides, Nicolas and Laura attended the Danish National School of Theatre and Contemporary Dance around the same time. In April 2005, the brother-sister duo also went on to receive 25,000 DKK each and Natsvaerme Award at Copenhagen’s Natfilm Festival for their contribution to Danish film.

How tall is Nicolas Bro?

As per Bro’s IMDb profile, he stands at a towering height of 5 feet 10½ inches or 1.79 meters. Detail of his exact weight is presently undisclosed.

Tags: A Taste of Hunger,Nicolas Bro