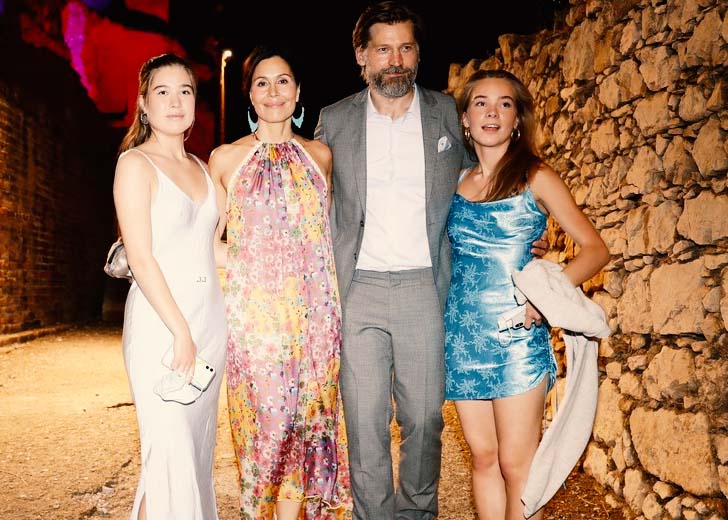 Nikolaj Coster-Waldau is a talented Danish actor who got worldwide recognition following his portrayal of Jaime Lannister in the hit TV show Game of Thrones (2011-19). His character in the show was shown as a bad boy who is murderous and vain.

However, he is an entirely different person and has a down-to-earth personality when he is off-screen. He has love, care, and affection inside him which is best seen through his relationship with his wife. That’s right! Coster-Waldau is married!

Who is Nikolaj Coster-Waldau’s wife?

Coster-Waldau’s wife is a renowned personality on her own. She goes by the name of Nukâka Coster-Waldau, known professionally by her first name, Nukâka.

She first tasted the limelight in 1990 when she was crowned as Miss Greenland. Afterward, she represented her country, Greenland, at the 1990 Miss Universe Pageant and secured 19th place — the highest placement in Miss Universe for Greenland and a record that she still holds.

Eight years later, in 1998, she started a new career as an actress. As of this date, she has appeared in 14 movies and TV shows. Some of her acting gigs are Heart of Light, White Night, Forbrydelsen, Anori, Thin Ice, and Sygeplejeskolen.

Born in 1971 in Uummannaq, Greenland, she is presently 50 years of age. She celebrates her birthday every year on February 23. Her zodiac sign is Pisces.

As per reports, Nikolaj — whose next release on the U.S. theater is A Taste of Hunger — first met his future wife in 1997 during a radio play. In that play, the actor played a pilot who fell in love with a Greenlandic woman, played by Nukâka.

In another interview with German Cosmopolitan, he recalled the exact moment he saw his now-wife. He stated, “It was on March 17, 1997, at 8:37 in the morning. I saw her and knew: She’s The One. Even before I’d said one word to her, I told my theatre colleagues, ‘Guys, I’m getting married soon.'”

Keeping his word, he eventually won her heart, dated for a while, and shared the wedding vows in the following year, on June 6, 1998. Since then, the married duo has relished every moment they share and stuck together through thick and thin.

On July 6, 2021, the couple celebrated their 23rd wedding anniversary. On the special occasion, Nukâka took to her Instagram handle to share some snaps taken over the years since they got together.

She wrote a beautiful caption to accompany those memorable pictures. Among several lines, the line that stood out was: “Love the story we are writing together, love you Nikolaj. And I know I’m lucky to have someone to love and who loves me as I am.”

As they have been married for almost 23 years and their love for each other is still growing, what’s the secret behind their long-lasting marriage? During his 2014 interview with Cosmopolitan, Nikolaj was asked, “You’ve been wifed up for 15 years. What’s the secret to making it last?”

In reply, he said, “You have to like each other — that’s a good start. And of course, you have to stay physical together. But you also have to be able to laugh. If you can’t have fun, then there’s no point.”

Additionally, the actor was asked if he is the type of person for whom “divorce is not an option?” He first mentioned that he could not imagine his life without his wife. “But I don’t think you should get a prize for staying together a long time,” he added.

He continued, “People grow apart. Divorce is always terrible, but I haven’t met anyone who went through it and isn’t happier now.”

Nikolaj and Nukâka Coster-Waldau are parents of two

From his marital relationship with his actress wife, Nikolaj is blessed with two adorable daughters; Fillippa Coster-Waldau (b. October 25, 2000) and Safina Waldau (b. November 5, 2003).

The parents of two have a good relationship with their children. In his interview with The New York Post, the actor mentioned that he likes to spend time with his wife and kids whenever he has free time from acting.

He stated that he likes to play cards and board games, ride mountain bikes, and play soccer with his family.

As for what his daughters do, Fillippa and Safina have followed their parents’ footsteps and starred in a few short films and TV shows.

As of now, the family of four reside in the capital of Denmark, Copenhagen, with their two dogs.