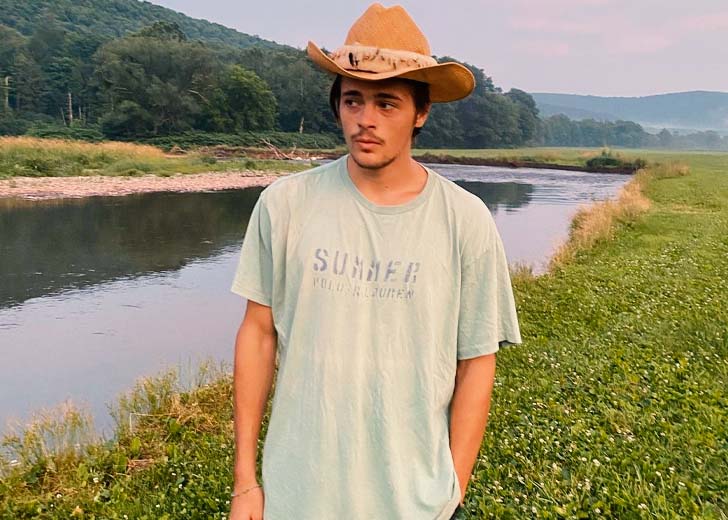 Henry Eikenberry is a newbie actor in the entertainment industry who made his acting debut in the second season of the HBO television show Euphoria.

He made his appearance in the third episode of the second season titled ‘Ruminations: Big and Little Bullys’ that aired on Sunday, January 23, 2022. In it, he portrayed the role of Young Derek, Cal’s childhood best friend.

Since his appearance on the screen, fans of the teen drama show have been eager to know more about the actor. Read on to learn five facts about Henry Eikenberry!

As of this writing, the aspiring actor is 23 years of age. He celebrates his birthday on the 15th of November every year.

Born in 1998, he was raised under the city lights of Brooklyn, New York City. His zodiac sign is Scorpio. Additionally, his Instagram bio suggests that people closer to him call him by the nickname Hank.

As for his academics, he enrolled at Brooklyn Friends School and graduated in June 2017.

Who are Henry Eikenberry’s parents?

As Eikenberry is a newbie in the entertainment industry, not much information about him is available on the internet.

However, reports from online outlets suggest that his father’s name is Richard Joseph Lamson and his mother’s name is Kristen L. Eikenberry. Henry has taken the last name of his mother.

Additionally, he has three siblings; a brother named Tristan Lamson and two sisters named Hayden and Piper Lamson. Among them, Henry seems to be the eldest of all his siblings.

Childhood picture of Henry Eikenberry and his brother with their parents. (Photo: Instagram / henryeikenberry)

Although his brother’s age is unknown, Henry’s birthday wish on Instagram suggests that he celebrates his birthday every year on May 2. On June 1, 2016, he shared an old picture alongside his brother from their I-D Magazine Summer 2016 photoshoot.

Besides his family, he was close with his maternal grandmother named Suzanne Robertson Eikenberry. Unfortunately, she passed away on March 7, 2014, at the age of 76 (b. June 30, 1937).

Henry Eikenberry has a tall height

If reports are to be believed, Eikenberry is quite the tall man. He reportedly stands at the height of 5 feet 10 inches or 1.78 meters. However, detail about his weight is currently unknown.

Before his impactful appearance on Euphoria season two, episode three, Eikenberry was off the sights of many and had a small number of followers on his social media handles — he mainly uses Instagram under the username @henryeikenberry.

But, after he appeared on the HBO show, his followers on Instagram is increasing by minutes. As of this writing, he has already garnered over 132,000 followers, and the numbers seem to be growing only.

*Euphoria Spoilers Ahead* Eikenberry – whom many are saying looks like younger Brad Pitt – played the younger version of Cal’s childhood best friend, Derek, in the third episode of Euphoria season two.

The third episode starts with young Cal, who picks up young Derek on his way to school. “He spends every day with his best friend Derek,” Rue – played by Zendaya –  says as the story moves forward.

As young Cal and Derek are on the wrestling team and have known each other for a long time, they’re close. After their routine wrestling training, they are seen having a shower in the locker room while facing each other.

Everything seems fine between them as well as friendship until Cal is shown checking out Derek’s [expletive] twice and for a long while. As we move forward, Cal eventually forms a relationship with his future wife, Marsha.

On their graduation time, Derek proposes to his friends, including Cal, to celebrate. But, Cal had no idea that the place they would be going to was a gay bar. After having a few shots, Cal and Derek started to dance and ultimately locked lips.

As Eikenberry played the gay character of young Derek, many viewers wondered if the actor is gay in real life too. However, that doesn’t seem to be the case, and his sexual orientation is straight.