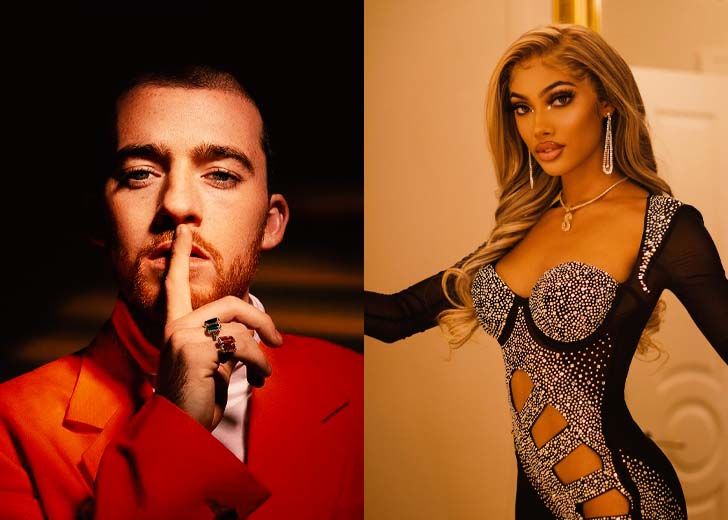 Angus Cloud seems to be off the market!

The Euphoria star is allegedly in a romantic relationship with Sydney Martin, an American model who also made a small appearance in the first episode of the HBO Max show’s second season.

While nothing was confirmed at that time, it now seems like they are a thing, thanks to the subtle hints that Martin has been dropping through her social media handles.

The alleged couple’s relationship was first reported by Deuxmoi, who had got an anonymous tip. The tip mentioned Martin’s small appearance in Euphoria season two, episode one. In that episode, she was talking to Cloud’s on-screen brother, Ashtray, by the pool.

In addition, the anonymous source claimed that Martin was giving subtle hints of introducing a secret guy in a now-deleted TikTok video and had reposted Cloud’s picture on her Instagram story.

A few days later, on February 12, 2022, a Twitter user posted a picture. The photo was a screenshot of someone’s Instagram story, in which Martin was seen alongside Cloud. Soon, the talks of Cloud dating Martin got fueled.

And now it’s almost confirmed that Cloud is dating Martin. It’s because the model had recently – on February 13, 2022 – taken to her Instagram stories to post a picture of herself alongside the actor.

The photo was a collage picture of four pictures in which they were very close to each other, and in one of those images, Martin was seen delivering a soft kiss on Cloud’s cheeks.

“Euphoria is out in 2 days,” she had written over that collage picture followed by three red heart emojis and a mention to Cloud’s Instagram handle.

But, after posting that story, Martin has gone private on Instagram, and only a limited number of people could see her posts and stories. So, for now, it’s almost certain that they are dating, but we do have to wait for an official confirmation.

Angus Cloud had hinted at having a partner

Before Cloud’s alleged relationship with Martin became known, he had kept his personal life under wraps.

However, as per Girlfriend, he did mention having someone special in his life during his interview with Glamour Magazine in early February 2022. In that interview, he was asked to fill in the sentence, “I love when my partner ____.”

In reply to that, he said, “I love when my partner does something nice.”

But besides that, he didn’t go into the specifics of that partner. And neither did he confirm about having a partner. Nonetheless, the current talks around his love life could mean that he was referring to Martin.

If you think that’s the end of Cloud’s personal life, then think again as the actor was linked to his Euphoria co-star Maude Apatow – who plays the role of Lexi.

In the second season of the show, Cloud’s character, Fezco, meets Lexi at the New Year’s party and connects quite well. This led fans to wonder if the two co-stars were dating in real life.

Speaking of his character’s relationship with Apatow’s character, Cloud told Bustle, “Neither of them have really actually had a serious crush, because Lexi is busy with school and Fezco is running a business.”

“When they find each other, something just clicks, and they learn a lot from each other because they’re from different worlds,” he further added.

So were the two a thing? Unfortunately, the answer is a straight no. Besides, Apatow is currently linked to author Sam Koppelman. Before this, she was rumored to be dating another of her fellow Euphoria star Lukas Gage.

Does Robert Ri'chard Have a Wife? Inside His Personal Life