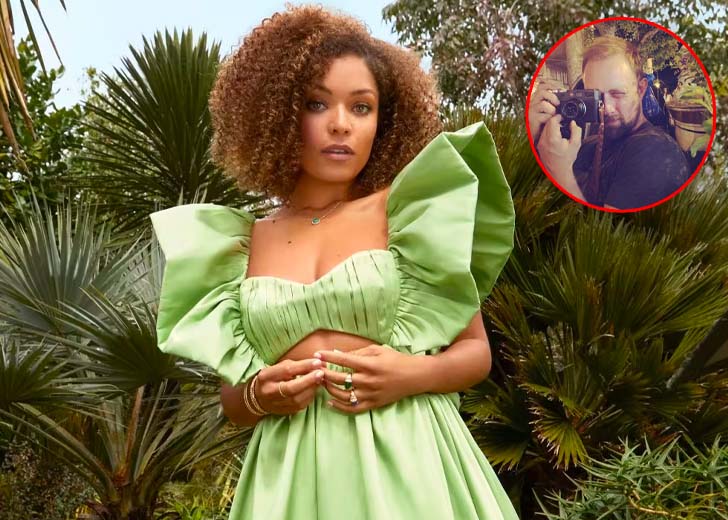 “I have a community of friends, a cat and a boyfriend,” said Thomas in a recent interview.

Antonia Thomas is a singer and actress from England most known for her roles in Misfits, Lovesick, and The Good Doctor. The English actress keeps her personal life private.

So here is everything there is to know about Antonia Thomas’s dating life and her rumored boyfriend, Michael Shelford.

According to her Instagram photos, she is close to Lensman Michael Shelford. Shelford is a British actor and photographer. Nonetheless, the British actress herself has never verified their relationship and has neither updated her relationship status.

However, the frequent appearance of Shelford on her social media has given fans the idea that they are possibly dating. Hence, the dating rumors about them are circulating all over the internet.

She has posted several pictures of and with Shelford on her Instagram. For instance, she posted a picture of him posing with a camera back in 2017 with a caption that read, “Caught doing what he does best.”

But the dating rumors were eventually confirmed when Shelford mentioned Thomas as his girlfriend in one of his tweets.

On September 11, 2017, he took to Twitter to share a picture of the actress, writing, “It’s usually shit when your girlfriend has to move abroad for work. But then she’s moved to Canada so it’s not all bad.”

Antonia Thomas says she has friends, a cat, and a boyfriend

Thomas apparently stopped featuring Shelford on her Instagram after 2019, due to which, her fans suspected they had a possible breakup.

But in a recent interview with Hello magazine, Thomas said, “I have a community of friends, a cat and a boyfriend.” That statement from her confirmed that she is still dating and possibly her boyfriend, Shelford.

It is likely that the Misfit actor just wants to keep her personal life even more private and away from the spotlight. However, whether or not she’s talking about the photographer is unclear.

Antonia was open about having a boyfriend back in 2016

When she was asked whether or not she could relate to her character Dylan, she replied:

“I’m the opposite! If I have an issue, I talk about it. I’m very open with my friends, my family, and my boyfriend. If I need to work through something, then I’m going to talk about it. I found that really fascinating as a character trait and a mindset to get into.”

Some media reported in 2016 that Bridgerton actor Rege-Jean was dating actress Thomas after the two attended red carpet events together. Neither confirmed that they were more than just friends.