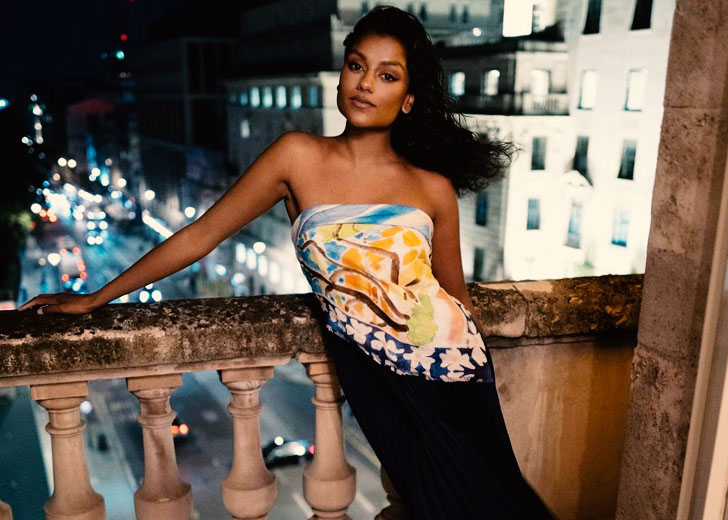 Simone Ashley is a talented actress best known for her performance in the Netflix hit show Sex Education. In it, she portrays the role of Olivia Hanan.

In addition, she has appeared in movies and TV shows such as Wolfblood, Broadchurch, Boogie Man, Pokémon Detective Pikachu, A Working Mom’s Nightmare, and The Sister.

Recently, she was cast in the role of Kate Sharma in another renowned Netflix series Bridgerton. Here is everything you need to know about the rising actress, including her Wiki, age, height, and more!

Simone Ashley is a UK based actress

As of this writing, Ashley is 26 years of age. She celebrates her birthday every year on March 30.

Born in 1995 in Tamil, India, she moved to Beaconsfield, England, at an early age. She is of Indian heritage with a Tamil background. Her birth name is Simone Ashwini Pillai, and her zodiac sign is Aries.

As for her education, she attended the Chiswick-based ArtsEd School. Additionally, she had joined Redroofs School for the Performing Arts from 2011 to 2013. She left the school with a three-year Musical Theatre at Arts Education honors.

Simone Ashley’s parents were hesitant about her pursuing acting

Ashley was born to Sri Lankan parents named Gynasekhaean and Latha Pillai. Apart from her parents, she reportedly has one older brother named Sean.

The actress had previously opened up about how her parents were hesitant about her pursuing a career in acting. And why wouldn’t they be as Ashley was raised in a traditional Indian family where most of her family members excelled in academics and had jobs of doctors, engineers, and more.

During her interview with Veylex Magazine, she was asked how her family felt when pursuing a non-traditional career path. In reply, she said, “How did? More like how do?!”

She continued, “They still find it quite scary and unsettling. There is no crystal ball, no security, no guarantee. Which can be a parent’s worst nightmare. But they know I’m a smart lady. You can’t spend your life going with what your parents want, or your friends, teachers, lovers, want.”

As she went on, she mentioned that her parents are very protective over her, and she sometimes finds it “quite stifling.” “It made me want to escape and do things my own way. I’ve always been a bit rebellious in that sense,” she added.

But although her parents were and still are hesitant about her acting career, it was her father and his love for film, music, and photography that inspired her to join the entertainment industry.

Ashley currently lives in Camberley and holds British nationality. However, she is of South Asian descent. Furthermore, her ethnicity is Indian-British.

How tall is Simone Ashley?

Ashley’s exact height is currently unknown and differs from one outlet to another. For instance, her IMDb profile mentions that she stands at a towering height of 5 feet 10 inches or 1.78 meters.

On the other hand, other online outlets have mentioned different heights, which vary from one to another. For example, some have stated that she is 5 feet 6 inches (1.68 meters) tall, and some have reported her height as 5 feet 7 inches (1.7 meters).

How much is Simone Ashley’s net worth?

Ashley has come a long way since her acting debut in 2016 via the television show Wolfblood. As of now, she has 16 credits to her IMDb profile, including her upcoming short movie Bulldog, in which she voices the character of Lori.

In her career, she has been a part of a few hit movies and TV shows such as Pokémon Detective Pikachu and Sex Education. Now, with her being a part of another renowned Netflix show Bridgerton, it’s sure that she will be gaining more experience.

In addition to the experience she will earn, she will gain a healthy paycheck. So, how much is her net worth? As of this writing, there is no official figure of her net worth. Nonetheless, it’s reported that she has an estimated net worth of around $500,000 to $1 million.