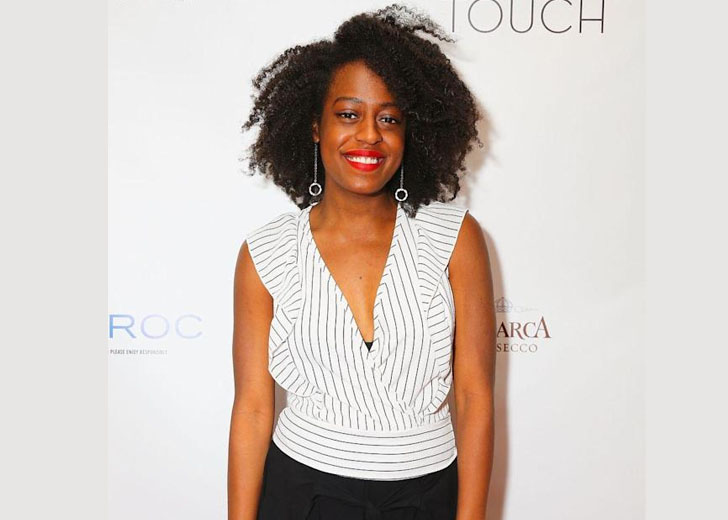 Devyn A. Tyler, aka Devyn Tyler, is an American actress who has already made a mark in the entertainment industry. She first gained the limelight for her performances in The Great Debaters and The Curious Case of Benjamin Button.

After that, she appeared in movies and TV shows such as The Gates, 12 Years a Slave, Underground, The Haunted, The First, The Purge, One of These Days, Fear the Walking Dead, and The Security of Fear.

Her recent acclaimed works include television shows like Clarice and Snowfall. She will soon be seen in the role of Mary Washington in the thriller-drama movie Deep Water – starring Ben Affleck and Ana de Armas. It will release on March 18, 2022.

Here is everything you need to know about Tyler, including her Wikipedia, bio, age, parents, height, and more!

How old is Devyn A. Tyler?

The American actress is currently 30 years of age. She celebrates her birthday every year on May 7.

Devyn A. Tyler as Veronique in ‘Snowfall’ (Photo: Instagram)

Born in 1991, she was raised in the suburbs of New Orleans, Louisiana. As per her date of birth, her zodiac sign is Taurus. Her full name is Devyn Ariel Tyler.

As for her education, she initially attended Benjamin Franklin High School before joining the High School for the Performing and Visual Arts in Houston, Texas, to study theater. After that, she enrolled at Columbia University and graduated with a B.A. in French and Francophone Studies.

Who are Devyn A. Tyler’s parents?

Tyler has firmly remained quiet when it comes to her family life. Maintaining her privacy, she hasn’t revealed anything about her parents, at least by herself.

Reports suggest that her father’s name is Kevin Tyler and her mother’s name is Deneen Tyler. She also has a grandfather named Benford Davis. It’s currently unknown if she has any siblings or not.

The family of four lived together in Gentilly, New Orleans. The actress had a quiet good life with her family, and all of them were happy. However, the happiness was destroyed when Hurricane Katrina destroyed their house and invaluable possessions in August 2005.

At that time, Devyn was just 14 years of age and had started as a freshman in Benjamin Franklin High School. After the hurricane destroyed everything, the family moved to Houston with only little things to survive.

Fortunately, they got assistance on multiple fronts, such as donations of furniture and household items from benevolent strangers, financial support from FEMA, and clothing and other aid from different aid organizations.

Besides all that, it was the strongly bonded family who was still standing firm that the catastrophe couldn’t destroy.

Devyn A. Tyler has an average height

As per her IMDb profile – edited by Tyler herself – the YoungArts Gold Winner in Theater has an average height of 5 feet 5 inches or 1.65 meters. Other details about her weight and body measurements are yet to be disclosed.

As of this writing, her existing profiles on Instagram and Twitter aren’t available. It looks like she has either deleted or deactivated her accounts. Currently, the reason behind her leaving social media is unknown.

How much is Devyn A. Tyler’s net worth?

Tyler has certainly made a mark in the entertainment industry through her performances. She currently sits with 36 acting credits to her IMDb profile — including her upcoming movie Deep Water.

Considering her time and work as an actress, it must be sure that she has managed to earn a decent income. So, how much is her net worth? Well, the actress’ exact salary and net worth are currently undisclosed. But, her net worth might be somewhere around $600,000 to $1 million.