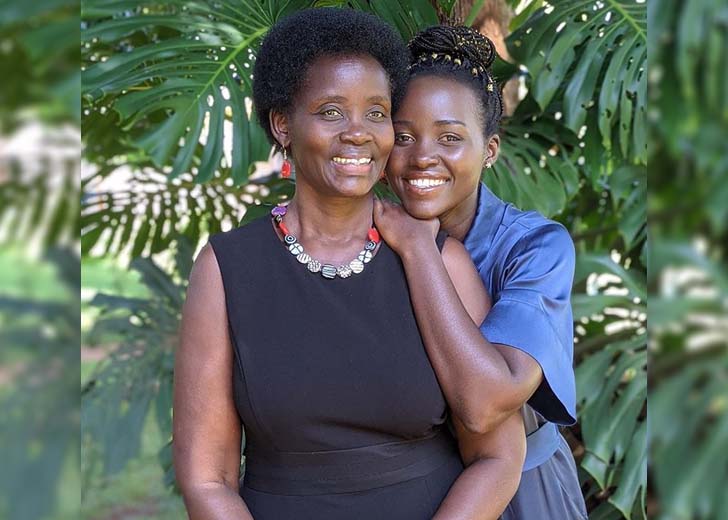 Soon, she will be seen as Khadijah in The 355 – releasing on January 7, 2022. Additionally, she will be reprising her role of Nakia in Marvel’s Black Panther: Wakanda Forever, a sequel to 2018’s Black Panther. It is slated to be released sometime in 2022.

Who Are Lupita Nyong’o’s Parents?

Nyong’o was born on March 1, 1983, in Mexico City, Distrito Federal, Mexico, to Kenyan parents. Her birth name is Lupita Amondi Nyong’o. At the time of her birth, her parents were in Mexico due to her father’s profession. When she was 1-year-old, they moved back to Kenya.

Her father’s name is Peter Anyang’ Nyong’o, and her mother’s name is Dorothy Ogada Buyu. Her father is a multi-talented man who has worked as a professor in political science, served as a senator of Kisumu County, Kenyan Senate, and became a Governor of that place in 2017.

As for her mother’s profession, she is presently working as the managing director of the Africa Cancer Foundation. In addition, reports suggest that she has her own communications company.

The actress is the second of six children of her parents, so she has five siblings: three sisters and two brothers. Her three sisters are Zawadi Nyong’o, Esperanza Nyong’o Masesa, and Fiona Nyong’o (Esperanza and Fiona are twins).

Lupita Nyong’o Has an Average Height

As for her weight, she approximately weighs around 51 kg or 112.5 lbs and follows diet plans to maintain her weight and keep herself fit and healthy.

Black hair color, dark brown eye color, slim body, short boy cut hairstyle are some other distinctive features of Nyong’o, who is of Luo descent from both sides of her parents.

How Much Is Lupita Nyong’o’s Net Worth?

Nyong’o’s career in the entertainment industry has changed ever since she became the first Mexican-born actress and first Kenyan to win an Oscar and first African actress to win it in the category of Best Actress in a Supporting Role.

She has since played in several movies and TV shows, some of which have gained fans from all over the world. Before her breakthrough role via 12 Years a Slave, she only had four acting credits — she made her debut in 2006.

As of this writing, she has 27 acting credits to her name, including three of her upcoming gigs. Additionally, she has a few credits as a producer and director to her IMDb profile.

Considering all that she has accomplished, it must be sure that she has also earned a healthy income and has a decent net worth. Well, Celebrity Net Worth reports that Nyong’o has a net worth of $10 million.