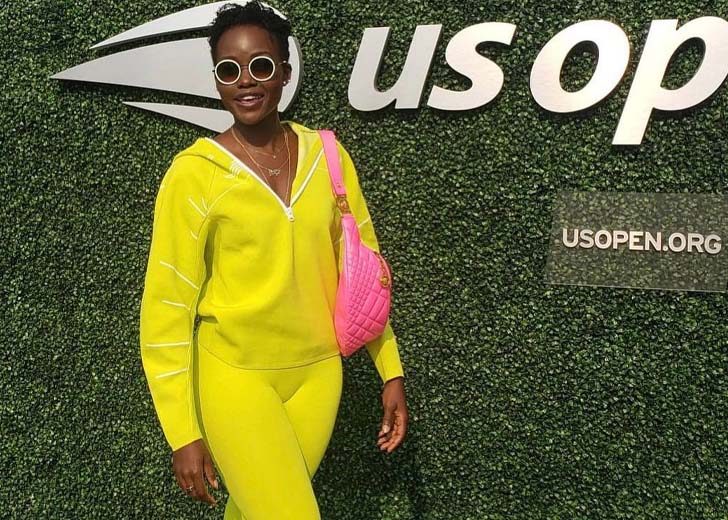 Lupita Nyong’o first came into the limelight through her role as Patsey in the Academy Award-winning 2013 movie 12 Years a Slave. She also won an Academy Award for Best Actress in a Supporting Role.

It’s clear that her professional career doesn’t need any introduction now; however, her personal life is quite the opposite of that.

Does Lupita Nyong’o Have a Husband?

As of this writing, Nyong’o is yet to get married to a husband. There have been no reports of the actress, either secretly or grandly, walking down the aisle with a significant other.

As The 355 actress is a part of the African community — where marriage is considered important for young women — she occasionally gets pressurized to tie the knots and start a family. Nyong’o, 38 years of age now, revealed in 2015 that her mother, Dorothy, subtly did the same.

During her exclusive interview with Vogue magazine, she stated that when she was in Kenya that past week, she was driving alongside her mother. Her mother then said, “That’s a nice school for children,” and looked at her like — Nyong’o raised her eyebrows as her mother did in that situation.

Although her mother’s words were subtle, the actress understood what she meant by that. “My mom wants me to have children now. But I think that will all be determined when I have that moment. When I have that man,” Nyong’o told the magazine.

It looks like the hunt for that man is still going on as the Little Monsters star is yet to settle down.

Now that it’s clarified that the actress doesn’t have a husband, does she have a boyfriend with whom she might get married in the future?

Well, Nyong’o’s present relationship status seems to be single. There have been no reports of her having a partner, mainly because she prefers to keep her love life away from the media and the public.

However, in 2019, there were rumors that she was in a romantic relationship with the South African comedian Trevor Noah. The rumored duo used to flaunt pictures alongside each other and attach sweet captions with them.

Nyong’o even had mentioned Noah as her BFF. The indications were there, and it sparked speculations of them dating. However, neither of them took the time to address the topic, and it’s still not confirmed if they dated, are still dating, or the rumors are false.

Over the years, the Yale School of Drama graduate has been in a couple of relationships and has been linked to some in several instances. They are as below:

In 2012, Nyong’o was linked to the British actor Chiwetel Ejiofor after they starred in the movie 12 Years a Slave. But, neither of them addressed the topic, and it got buried.

A year later, she was rumored to be dating another one of her 12 Years a Slave co-stars, Michael Fassbender. Reports say they allegedly had a small moment at the Toronto Film Festival. The rumors were not confirmed.

That same year, 2013, she began dating K’naan, a Somali-Canadian musician and poet. However, their relationship only lasted for a year as they reportedly broke up in 2014 due to unknown reasons.

Following her split with K’naan, rumors of her dating a fellow Academy Award-winner, Jared Leto, emerged. In 2014, when Leto won an Independent Spirit Award, he thanked Nyong’o and referred to her as “my future ex-wife, Lupita.” “I’m thinking about you,” he further added.

The Morbius star’s acceptance speech sparked the dating rumors. However, it never got confirmed or denied, though the actress did talk about it during her appearance in The Ellen DeGeneres Show in 2014.

She said, “You know it’s crazy cause when I read these rumors, they’re so detailed that even I start to question whether they’re true or not. I know I’ve believed them in the past and now I guess I can’t believe anything.”

Five years later, in March 2019, the topic was again discussed by her during her interview with PorterEdit. During that interview, she mentioned:

“Jared Leto, he’s still on speed dial, because we were on that [Oscar campaign] journey together and he’s so embracing of me. There was an intimacy that grew from that, that goes beyond the dating rumors, beyond all that.”

Two years after her rumored relationship with Leto, in 2016, there were speculations that Nyong’o was dating Mobolazi Dawolu, a Nigerian Magazine editor.

As per reports, the two got to know each other at a fashion event through some mutual friends. Reports also suggest that Dawolu had shared several pictures of him with the actress — which are since deleted.

But, just like any other time, there was no official confirmation.

Michael B. Jordan is another renowned name who was also linked to Nyong’o. They sparked dating rumors after starring together in the 2018 Marvel movie Black Panther.

The speculations were eventually shut down when the fellow castmates announced that they were not dating, though there was chemistry. Jordan further added that he loves Nyong’o as a friend only.

In May 2019, Nyong’o was linked to her friend, Janelle Monáe, an American singer and actress. The rumors of them dating led the LGBTQ+ community to go wild on Twitter as Nyong’o wasn’t bisexual — there are no confirmations that she is gay/bisexual.

The main thing that sparked the talks was that Monáe had mentioned not attending the 2019 Met Gala with her then-rumored girlfriend, Tessa Thompson. But, at the Met Gala, she was seen with Nyong’o – dancing and flirting – as seen in an Instagram Live video.

Following that event, neither of them have spoken anything on the topic.