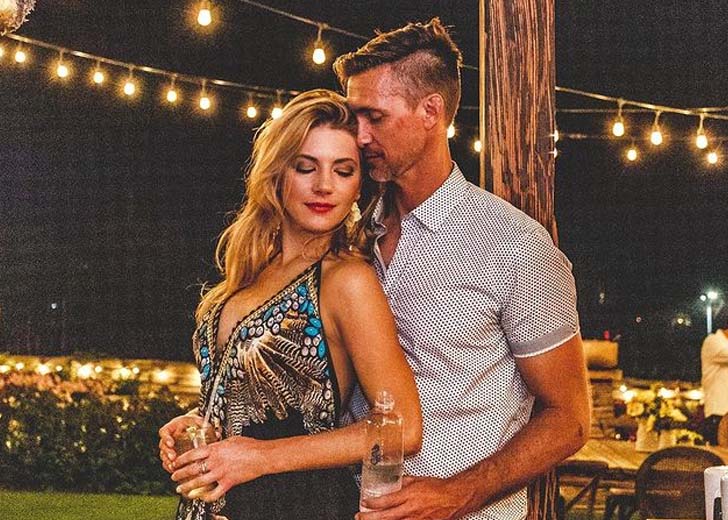 Katheryn Winnick is a talented Canadian actress who is mostly known for her amazing performance in the Emmy Award-winning historical TV show Vikings (2013-2020).

In it, she played the role of Lagertha; a fierce shieldmaiden turned Queen of Kattegat. Her character is also the first wife of Ragnar Lothbrok – played by actor Travis Fimmel – who shared two kids with him: Bjorn Ironside and Gyda.

While the actress’s professional life remains known to the public and the media, her personal life is rather kept in the darkness. Winnick is very tight-lipped when it comes to her love life and rarely shares details about it.

And as she brilliant took over the role of a great warrior who is also a wife and a mother [as Lagertha], her fans have been wondering if she has a husband and kids in real life, with an exception on the warrior part.

Jokes apart, is Katheryn Winnick married to a husband?

As of this writing, there have been no reports of the actress sharing the wedding vows. In addition, she hasn’t provided any hints on her possibly having a husband in the present or the past.

As a result, it’s fair to say that she is yet to get married to a husband.

Now that her marital status is cleared, does she have a boyfriend with whom she might get married? Well, Winnick’s present relationship status remains unknown.

As mentioned earlier, she likes to keep the details of her romantic life upto herself only. The last time she gave something on her personal life was over a year ago, on August 19, 2020, via an Instagram post.

She had posted a picture with a businessman named Michael Persall, in which they looked amazing. In the picture, Winnick was leaning on Persall as she held a beverage glass, presumably, in her hand, and he held a bottle of water on his.

The picture and the red heart emoji on the caption clearly gave people the idea that they were a thing. However, she hasn’t featured her alleged partner on her social media handles since that one post.

But, it doesn’t seem that they are not dating anymore as Winnick still follows Persall on Instagram — Persall’s Instagram handle is private, so it couldn’t be verified if he still follows Winnick or not. They might just be keeping their togetherness private.

To conclude, nothing can be said of Winnick’s relationship with Persall — either they are still together or got married or parted ways — as neither of them has confirmed or denied the talks of their relationship.

Persall is a businessman who is a part of several well-established firms. As per his LinkedIn profile, he hasn’t left any of the positions he held at the time of joining the business organization.

The first job on his profile is at ABP Capital, where he serves as a managing member. He has held the position since August 2012. In March 2014, he became the Chairman of the Board of C3bank.

Since January 2016, he began serving as a Board Member at Vuori, Inc. In December 2018, he co-founded Blooma.ai and started serving as a co-founder and a board member. The last one on his profile is a job at the University of San Diego.

There, he serves as a Member Board Of Trustees, a position that he has held since September 2019. The university also happens to be his alma mater, where he graduated with a degree in Bachelors of Accountancy.

Besides these details, there is little to no information available on him.

She Was Rumored to Have Dated Nick Loeb

On January 19, 2015, DailyMail reported that the rumored couple was seen together having a date night in Los Angeles. Several photographs of them holding hands were also captured by Paparazzi.

The outlet also reported that they were cozy together, waited at the Sunset Tower Hotel’s valet stand, and drove off in Winnick’s white Porsche. Additionally, the actress was driving the car herself.

However, just a day after the news was reported, Winnick’s rep, Leslie Sloane, contacted US Weekly and confirmed that Winnick and Loeb were not dating and were just friends.