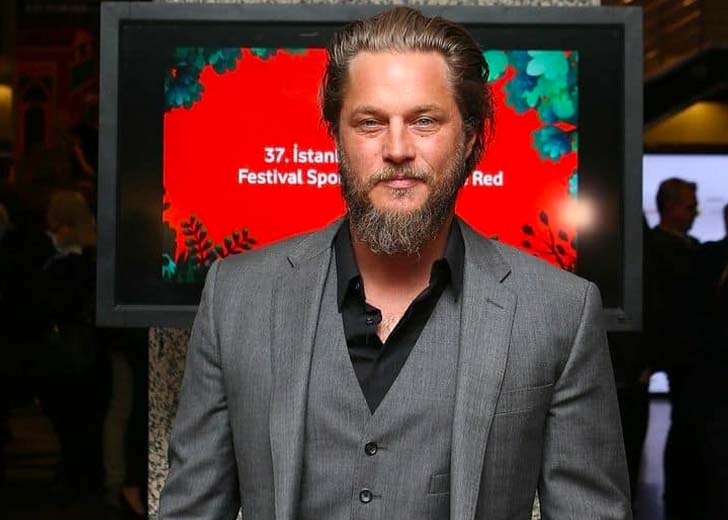 Travis Fimmel has already become one of the favorite actors of many, thanks to his fantastic performance as Ragnar Lothbrok in the HISTORY original series Vikings. In addition, his portrayal of Marcus in Raised by Wolves has won the hearts of many.

Besides these two, there are multiple movies and TV shows that have helped the actor in gaining more popularity around the world. As a result of his ever-growing popularity, many people are always keen to learn more about him.

And as Fimmel is a public figure, there are many known things related to his profession. But, the same couldn’t be said regarding his personal life. So, is Travis Fimmel married? Or dating? Here is everything we know about it!

Travis Fimmel is yet to get married

As of this writing, there has been no news of the Australian actor sharing the wedding vows with anyone. That means he isn’t married and doesn’t have a wife.

But, if not married, then is he dating someone? That also doesn’t seem to be the case, as there have been no updates on his dating life for the past few years. Fimmel had always maintained privacy when it came to his love life.

All of that only hints that Fimmel isn’t dating a girlfriend. However, there were rumors going around mentioning that the actor might be in a romantic relationship with his Warcraft co-star Paula Patton.

The rumors started after they worked together in the said movie in 2016. Their chemistry in the film was terrific, and Fimmel even mentioned it was easy to work with Patton. He told Newscorp, “Oh yeah. If you saw her in real life… Yeah, pretty easy.”

The talks were so hyped that some speculated that Fimmel’s wife was Paula Patton. But, despite all the strong rumors, neither of them has confirmed or denied the gossip, and it seems it will stay that way.

Travis Fimmel and his rumored partner Paula Patton at the premiere of ‘Warcraft’ (Photo: Pinterest)

Patton, an American actress, was formerly married to singer Robin Thicke from 2005 to 2015. With her former partner, she has a son named Julian Fuego Thicke.

Although Fimmel’s present relationship status might be single, the actor has had a long history of confirmed and rumored relationships with his co-stars and people in the entertainment industry.

Nicole Appleton is one of the first on the actor’s dating history list. As per reports, the two were together briefly in 1999. However, Appleton eventually dumped Fimmel due to some unknown reasons.

After their split, it was rumored that Fimmel was the one who dumped Appleton as he found her boring. But, the actor set the record straight by saying, “Nicole is great, we’re just different. And she dumped me, I never dumped her.”

Some years later, in early 2002, Fimmel started dating a New Zealand model named Rachel Hunger. But, as they weren’t meant for each other, they decided to walk down separate paths.

Fimmel then started dating American actress Merrin Dungey — who is eight years older than her. Their togetherness started sometime in 2002, and they decided to break up in 2003 for unknown reasons.

Right after that, Fimmel got into a relationship with model Jessica Miller. At the time, it was even said that the two were already together while Fimmel was still dating Dungey. However, there is no confirmation about that.

Fimmel’s romance with Miller also ended in a short time, leaving their shippers to mere disappointment. Following that split, the actor began dating actress Joy Bryant. And much like his other relationships, this one lasted only around six months.

In 2007, the Echuca, Australia native actor started dating American actress Mei Melancon. And their togetherness also lasted for a year as they broke up in 2008. It was Fimmel’s first long-term relationship in years.

When the HISTORY show Vikings premiered in 2013, fans loved the chemistry between Fimmel and Katheryn Winnick‘s characters — they played the role of husband and wife. Rumors started going around that they might be a thing off-screen as well.

However, those rumors never turned out to be true. And as of now, Winnick seems to be in a romantic relationship with a businessman named Michael Persall — but nothing is confirmed yet.

Down to the final one now! In late 2016, Fimmel attended a party held in SoHo, where several guests were invited, including Riverdale actress Gina Gershon. It was said that the actress was seen flirting with Fimmel.

And in response to her flirt, Fimmel reportedly grabbed Gershon’s hands and left the party with her. But, as neither of them has said anything about it, it could not be said that they were a thing.