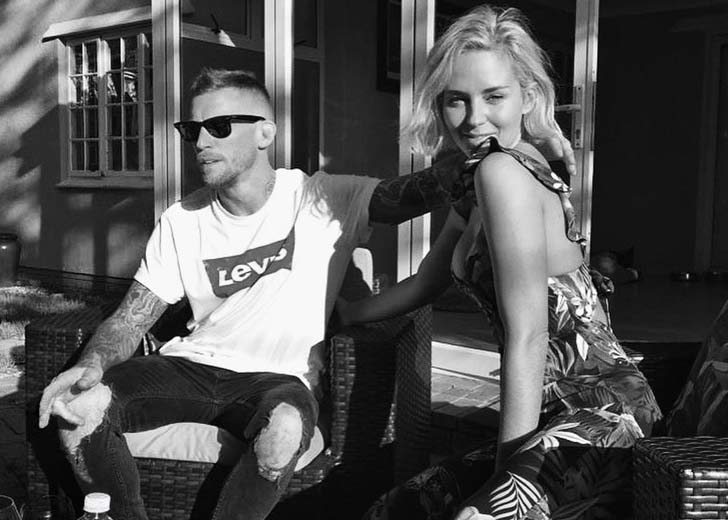 Tanya van Graan is a South African actress who recently appeared in Redeeming Love, a retelling of Francine Rivers’ bestselling novel of the same name. The movie hit the theatres on January 21, 2022, and in it, she portrayed the role of Sally.

The actress has gained healthy limelight through her acting performance and has established a successful career. And, supporting Graan in her success as well as bad days is her boyfriend, Martino Da Silva.

The couple first met each other in early 2020. Graan was seen commenting on Silva’s Instagram posts from late February 2020.

On March 31, 2020, Silva shared a series of pictures, and in the last one, he had featured his partner. Those pictures seem to be from the couple’s small hangout with Silva’s pet dogs.

On July 19, the actress featured her boyfriend for the first time on her Instagram handle. She had shared two pictures with him, and in the second one, he was seen delivering a kiss on her cheeks.

That day onward, both of them have shared numerous pictures alongside each other, and all of them clearly indicate their strong bond and love towards each other.

Not only there is love between them, but they are glad that they found each other. When Silva shared a picture with Graan on February 5, 2021, the actress went on to write a comment that read, “So glad I found you shmuck of my life!”

Similarly, on the occasion of Graan’s 38th birthday, December 13, 2021, he had posted a series of pictures captured alongside her. “Happy Birthday my love. To many more journeys with you. Love you shmuck,” he wrote as a caption.

In reply to her beau’s birthday wish, she took to the post’s comment section and wrote that she would travel with him anywhere and “you [he] know it!!!” She then thanked her love for everything he has done for her. “Forever and a day!” she concluded.

Going by all that, it cannot be said that the love between them will just fade away in a matter of time. They seem to be meant for each other and they are proving it every day.

Graan’s present boyfriend, Silva is a fighter who mostly specializes in Brazilian Jiu-Jitsu aka BJJ. As per his Instagram bio, he holds a brown belt from Renzo Gracie Academy (RGA) in Cape Town.

His Instagram handle also hints that he has represented his motherland, South Africa, in a few international events. Additionally, he has competed a few times at the Abu Dhabi AJP Jiu-Jitsu Pro competition.

His profile on that competition’s official site says that he is 36 years of age. It also states that he has competed as a brown belt and black belt. His last match was on February 29, 2020, where he won and lost one match respectively and went home with a silver medal.

Besides that, there is not much information available on him.

It’s presently unknown when and where the formerly married couple met each other however the two were seen attending an event on August 26, 2013. It seems like they were already in a relationship at that time.

After being in a relationship for a while, in May 2014, they walked down the aisle and shared the wedding vows in an intimate wedding ceremony held at La Residence in Franschoek. As per their wedding’s website, only 30 guests were invited, consisting of closest friends and family.

The wedding was very beautiful and the bride and groom were beyond happy. But, little did anyone know that the duo’s married life wasn’t going to last forever. Graan and Kristofferson split sometime after being married due to an undisclosed reason.

After her divorce from her then-husband, it was reported that she was dating a fellow South African actor named Emmanuel Castis. However, they also parted ways after a brief period.