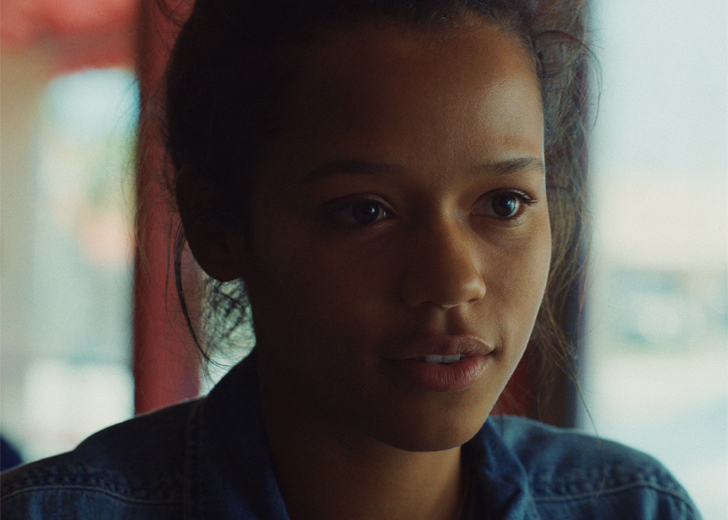 Taylor Russell is a talented Canadian actress who has already marked her name in the entertainment industry. Born on July 18, 1994, in Vancouver, British Columbia, she already has 20 acting credits to her name.

Her acting debut came in 2012 when she played a cameo role in the TV series Emily Owens M.D. Following that moment, she has always looked forward and has managed a remarkable acting career.

Russell’s recent acting gigs have provided her with more popularity. Here is a look at Taylor Russell’s Top 5 movies and TV shows, as per IMDb rankings.

Starting from the ascending order, the first on the list is the 2020 movie titled Words on Bathroom Walls, with an IMDb rating of 7.2 out of 10.

The movie was released on August 21, 2020, in the United States and managed to received positive reviews from the critics as well as the audience.

As per IMDb, the movie’s synopsis is “Diagnosed with a mental illness halfway through his senior year of high school, a witty, introspective teen struggles to keep it a secret while falling in love with a brilliant classmate who inspires him to not be defined by his condition.”

In the drama-romance film, Russell portrayed the role of Maya Arnez. She was accompanied by talented stars like Charlie Plummer, Andy Garcia, AnnaSophia Robb, Beth Grant, and others.

Falling Skies is an American post-apocalyptic science fiction TV series with an IMDb rating of 7.2 out of 10.

Russell joined the cast of the show in its fifth and final season and played the recurring role of Evelyn. Some of the other cast members of the action-adventure-drama series were Drew Roy, Noah Wyle, Maxim Knight, Sarah Carter, and others.

The official synopsis of the television show is “Survivors of an alien attack on earth gather together to fight for their lives and fight back.”

Waves is an American romance-drama movie that was released on November 15, 2019, in the United States. It has an IMDb rating of 7.6 out of 10.

In this movie, Russell portrayed the role of Emily Williams. For her amazing performance in it, she received praises from the critics. Not only that, but she also won several awards and received many nominations.

The official synopsis of the movie as per IMDb is “Traces the journey of a suburban family – led by a well-intentioned but domineering father – as they navigate love, forgiveness, and coming together in the aftermath of a loss.”

In this two-part action-horror-adventure movie series, Russell played the role of Zoey Davis. She was accompanied by Logan Miller, Deborah Ann Woll, Jay Ellis, Thomas Cocquerel, and others.

For her portrayal in the first part of the movie, she received a nomination at the Georgia Film Critics Association (GAFCA).

The show is a reimagining of the 1965 series of the same name. Its synopsis in IMDb is “After crash-landing on an alien planet, the Robinson family fight against all odds to survive and escape, but they’re surrounded by hidden dangers.”

In this two-time Primetime Emmy nominated TV show, Russell portrayed one of the lead roles of Judy Robinson. Joining her on the cast list were Molly Parker, Toby Stephens, Maxwell Jenkins, Mina Sundwall, and others.

For her performance in the show, she received a nomination for the Saturn Award from the Academy of Science Fiction, Fantasy & Horror Films, USA.