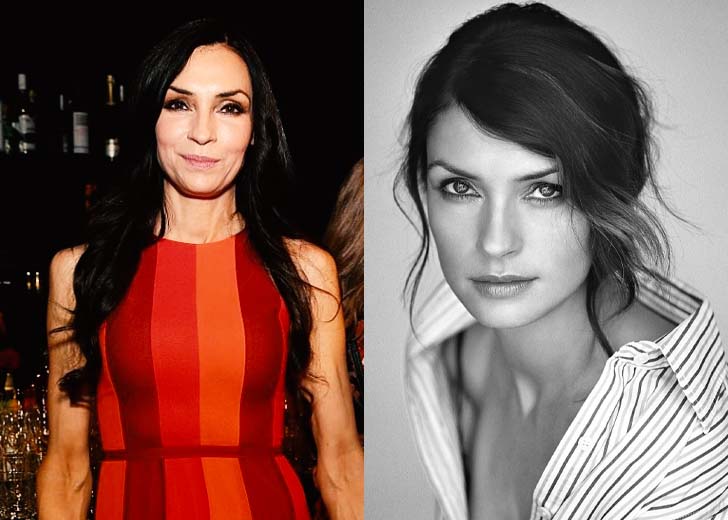 Known to be compared with the legendary actress Herdy Lamarr, Famke Beumer Janssen was often complimented for her looks and had established herself in the cinema world with her undoubtful acting roles and talents.

The Dutch actress, who will be next seen in the drama movie Redeeming Love, was noticed with natural charm on her face making her unbelievably irresistible.

The 57-year-old looked glamorous as if there was no word as aging in her dictionary, making her fans speculate plastic surgery to be her only option.

Famke Janssen’s before and after look comparison. (Photo: Reddit)

Famke Janssen’s Younger Look than the Actress of Her Age

Social media has been in an uproar with Janssen’s fans’ tweets and comments, creating disappointment among her fans for not accepting the new look she had and going a little overboard.

The plastic surgery did not come out as a good option for her as her new look was not appreciated and accepted by her fans.

Fans have been in a rage since the last episode of The Capture premiered in 2019. One of the actress’ fans even tweeted:

Watched finale of #The Capture. No spoilers. The music in the finale sounded like an episode of Westworld. Also, took me while to realize that was Famke Janssen #plasticsurgery.

The surging tweet never stopped showing disagreement with Janssen’s big step. Although the love for her didn’t diminish with the disagreement, as another critiqued:

“My biggest regret of this decade was not telling Famke Janssen I was in love with her before she ruined her face with that plastic surgery.”

The most amusing art that her face [after alleged plastic surgery] portrayed was her natural laughter lines replaced by a line-free, pillowy complexion.

Famke Janssen’s Plastic Surgery: Is It Just a Speculation or Fact?

In the article of Hollywood Mask, it has been articulated that it might be a misconception of the viewers not being able to recognize her due to the effect of filters or the magic of makeup.

The look was shocking for the viewers as Janssen has always been admired for her looks when she was still modeling and even when she appeared on the big screen.

The silence of Jenssen has led the topic of her getting plastic surgery ambiguous as she has not defended herself for all the conversations and issues that have arisen regarding her speculated plastic surgery.

Janssen’s role in the field of acting and directory has been remarkable and preferred by the viewers.

Although the issue of plastic surgery was in a surge in the year 2019, the heat has cooled down in today’s date, making the life of the actress easier and peaceful.

She is now receiving much love for her awaited series Redeeming Love, which will be premiered on January 22, 2022.

That said, she is not active in social media, making her even more secretive, but it has never been a problem for Janssen to stand in the Hall of Fame of cinema.

And disregarding the matter of age, Janssen’s fan followers are enough to keep her in rage for further upcoming decades.