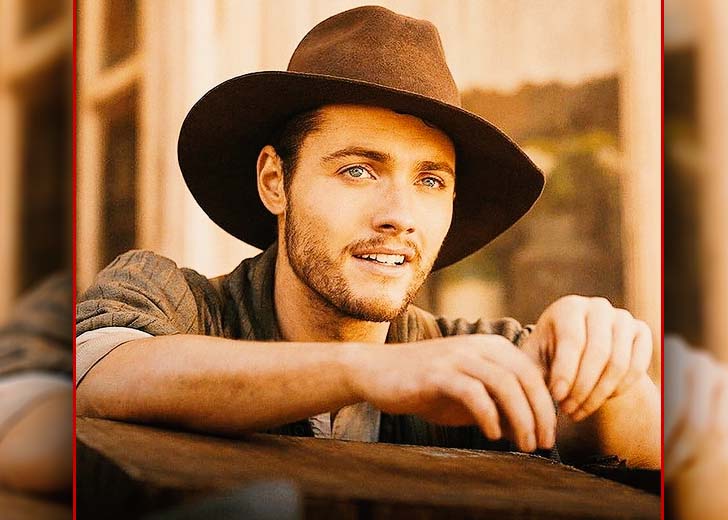 Tom Lewis is an aspiring actor who first tasted the limelight in 2019 after performing in BBC One and HBO’s historical television show titled Gentleman Jack. His portrayal of Thomas Sowden was loved by many, and it opened other doors for him in the entertainment industry.

Tom Lewis Is an English Actor

Born in 1995 as Thomas Elliot Lewis, the actor is presently 26 years of age. He celebrates his birthday on the 10th of December every year. His zodiac sign is Sagittarius.

The Leeds, England native – who presently lives in London – learned acting from the Royal Academy of Dramatic Art (RADA). He enrolled there in 2014 on a full scholarship and graduated in 2017 with a BA in Acting Degree (H Level).

Tom Lewis Has a Towering Height

Lewis is being considered a huge star in the making, but he is already huge in terms of height. As per his IMDb profile, he presently stands at a towering height of 6 feet or 1.83 meters.

Additionally, he reportedly weighs around 75 kg or 165 lbs. Furthermore, his hair color is black, and his eyes color is blue.

Tom Lewis Is a Private Person

In this modern era, it’s quite normal for celebrities to keep their lives hidden from the outside world. And it seems Lewis has the same mindset.

As of this writing, he doesn’t have an account on any social media platforms — there are only fan accounts of him on Instagram and Twitter. He lives a very private life outside the sights of the media and public.

As a result of his privacy, no information could be found on his family life. Furthermore, his private life has also kept the details of his love life hidden, so nothing could be told if he is married to a wife or dating a girlfriend.

Before Lewis had tasted the limelight, he had only appeared in one acting project, which was his acting debut. He had played a minor role of Dimitri Erasmus in the 2018 TV series titled Shakespeare & Hathaway: Private Investigators.

After his debut, he was cast on BBC One and HBO’s co-production of the historical drama show Gentleman Jack. Following the casting decision, Lewis was set to portray the role of Thomas Sowden.

In the show, Sowden is one of the main characters who live as a tenant in Anne Lister’s – played by actress Suranne Jones – house. In the season finale, Sowden gets married to Suzannah Washington, played by actress Amy James-Kelly.

The show was renewed for a second season on May 23, 2019, and production work began in October 2020, after a long halt due to the COVID-19 pandemic. Currently, it’s reported that Lewis’ character will make a return.

One year after his breakthrough role, in 2020, Lewis voiced the character Aelfred the Great in the renowned video game Assassin’s Creed Valhalla.

In the next year, he played the role of Peckham in the TV show A Discovery of Witches. His appearance in the show was limited as he only appeared in two episodes.

As of now, Lewis is all set to see the critics’ reviews and the audience’s reactions to his upcoming project, a movie titled Redeeming Love — his big-screen debut. The movie recently held its premiere and will release worldwide on January 21, 2022.

In the movie, he plays the male lead role of Michael Hosea. Starring opposite him in the female lead role is Abigail Cowen, who portrays the role of Angel. Famke Janssen, Nina Dobrev, Logan Marshall-Green, Eric Dane are some other cast members.

The romantic drama movie is made under Universal and based upon the novel by Francine Rivers of the same name. D.J. Caruso has directed as well as done the screenplay for the movie.

Deadline has reported that the movie takes place during the California Gold Rush of 1850 and follows the character of Angel, who was sold into prostitution as a child. Angel has seen and survived through hatred and self-loathing and knows nothing but betrayal.

However, all of that changes when she meets Michael Hosea and learns there is no brokenness that love can’t heal.