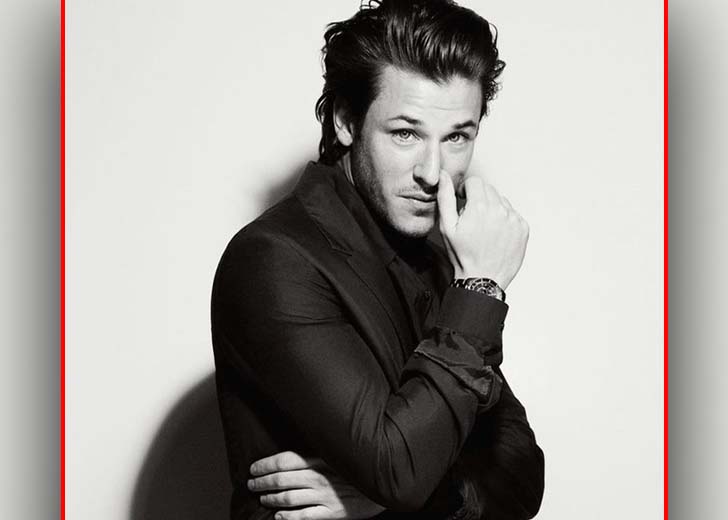 Gaspard Ulliel was a talented French actor who was set to play the role of Anton Mogart, aka Midnight Man, in Marvel’s newest Disney+ show titled Moon Knight – releasing on March 30, 2022.

The MCU fans would now be devastated to know that he is no more. The 37-year-old actor died on January 19, 2022, after suffering a head injury a day before when he collided with another skier while skiing at the La Rosière resort in Savoie, France.

He was rushed to the nearest hospital via a helicopter but couldn’t be saved. The French film industry was shocked to hear the news, and people worldwide have been mourning his death and paying tribute to him.

While the actor was alive, he mainly lived a private life. So, did he have someone significant other who is even more devastated by his death? Read on to learn everything we know of his personal life!

Was Gaspard Ulliel married to a wife before his death?

Before his sudden demise, Ulliel was yet to share the wedding vows with a significant other and make someone his wife. However, he did have a partner whom he loved a lot.

The Hannibal Rising star was in a long-term relationship with his girlfriend, Gaëlle Piétri. Although it’s unknown when and where the duo first met each other, it’s reported that they began dating in 2013.

Their togetherness was initially kept private, but it got eventually known to the public in late 2013, when they were seen together during one of their couple vacations at Marrakesh, Morocco. Later, they made their first public appearance while attending the Cannes Film Festival.

Since they began dating, they have always been together, holding each other hands through thick and thin. But, as the late actor preferred privacy over his love life, he didn’t share many details in the media or public.

Nonetheless, his partner occasionally used to post pictures alongside her boyfriend. For instance, on January 16, 2015, she shared a photo of herself alongside her partner from an event they attended.

Similarly, on November 19, 2017, she had posted a picture alongside Ulliel. Both of them were donning former clothes and looked stunning in that picture.

As the couple spent more time together, their love for each other only grew, further strengthening their relationship. However, it seemed as if fate had other plans for the two lovers as Ulliel passed away on January 19, 2022.

Presently, Piétri is yet to say anything about her boyfriend’s death. We send our condolences to the actor’s family and Piétri.

Gaspard Ulliel was a father of the couple’s child

Around two years after they began dating, on November 9, 2015, the couple announced that Ulliel and Piétri were expecting their first child together.

Two months later, on January 12, 2016, they welcomed a healthy child – a son – named Orso. The birth of their son was initially kept secret and was only publicized on February 9, 2016.

Following the birth of their son, the couple began raising their son. Piétri often used to post pictures alongside her partner and their only kid.

On March 29, 2020, she shared a picture of Ulliel and Orso on Instagram and captioned it saying, “True, Pure & Unconditional LOVE. #fatherandson #familyfirst.”

Just seven days before the actor’s sudden demise, on January 12, 2022, the couple had celebrated their son’s sixth birthday. Piétri had taken to her Instagram handle to share a clip of her son skiing.

In her caption, she wrote some sentences in French, which translated into, “And just like that… BAM. Six years already!!! Happy Birthday Love of my Life #birthday #boy #Orso.”

Who is Gaspard Ulliel’s girlfriend?

As per reports from The Sun, Ulliel’s girlfriend, Piétri, is a French model who was first discovered during a modeling competition in her hometown of Corsica, France.

Following her discovery, she went to Paris in 2004, where she signed a deal with Elite International and started modeling for well-known brands like Garnier, Carte Noire coffee, Diesel, and Bourjois mascara.

The outlet also reported that due to her frequent traveling, she could not focus on her studies and had to drop out of college.

Like her now-late boyfriend, she also prefers privacy. During her 2011 interview with Corse Matin, she said, “I was always told that it was better to meet people, to get better known, but I never went to the trendy places in Paris a lot, which didn’t stop me from having a nice career. So far.”

As of now, Piétri has been doing modeling for over 15 years and has gained healthy success. Coming over to her age, it’s reported that she was born in 1991 and is presently 30 years of age. As per her Instagram, she celebrates her birthday on the 12th of April every year.

Besides that, other information about her is presently unknown.

Before he was in a relationship with Piétri, the late actor had dated a few ladies.

Ulliel’s first known relationship was with actress Cécile Cassel. They began dating in 2005 and broke up in 2007. After that, he started dating Charlotte Casiraghi in 2007, but their togetherness only lasted for a short time.

In 2008, he formed a relationship with Jordane Crantelle. The former couple went on to be together for almost five years as they split in 2013.