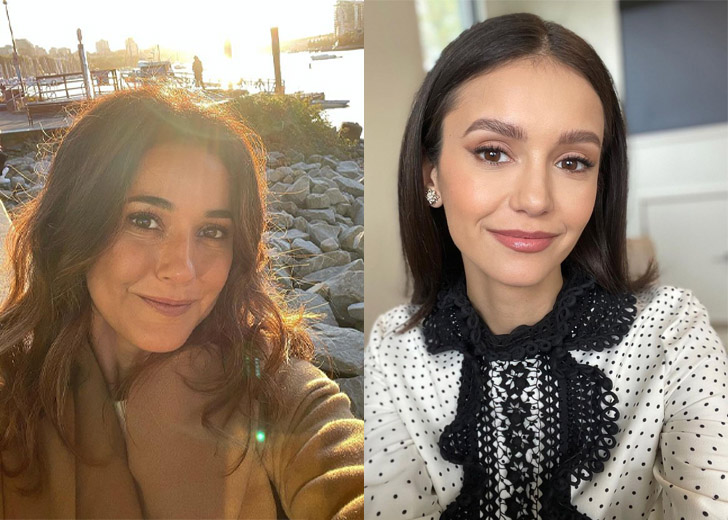 As her popularity has been increasing, more people are getting to know her. Due to that same reason, many have been saying that she very much looks like another Canadian actress, Nina Dobrev.

Over the years, many Twitter users have taken to the platform to express their views on how Chriqui looks like Dobrev.

For instance, on December 19, 2009, a Twitter user went on to mention Dobrev in their tweet and ask, “Did you know you look alot like Emmanuelle Chriqui?”

“Am I the only one who thinks that Nina Dobrev looks like Emmanuelle Chriqui?” tweeted another user next year, on August 16, 2010.

Similarly, on November 29, 2010, one Twitter user expressed that it’s creepy how much Nina Dobrev looks like Emmanuelle Chriqui.

The comparison of the two actress’s similarity has continued over the years, till now. Talking about more of those instances, on December 31, 2014, one user posted a picture of Chriqui and Dobrev and wrote, “They look like each other smh.”

On November 4, 2018, one fan replied to the Twitter post of The Vampire Diaries star and wrote, “Hey Nina, do you now Emmanuelle Chriqui, a canadian actress? You both look like each other, it’s crazy! I saw her in The Mentalist and first thought it was you!”

More recently, on November 30, 2021, one Twitter user shared a collage picture of Emmanuelle Chriqui, Nina Dobrev, and Vicotria Justice. They went on to write, “They all look a lot like each other… they look almost like sisters… Am I the only one seeing that?”

Has Chriqui or Dobrev Made Any Comments on Their Comparisons?

Since there has been a lot of buzz about the similarities between Chriqui and Dobrev, the buzz might have reached the ears of the two fellow Canadian actresses.

If you are thinking the same, then yes, you are correct. In a June 2015 interview with Harpers Bazaar, Chriqui even talked about the topic.

When the outlet asked if she was aware of her and Dobrev looking alike, Chriqui answered with, “That we are clones of each other? I’ll take it.” She then said that she is so much older than her, and Dobrev is gorgeous and awesome.

After her response, the outlet responded to the actress’s last reply and told, “The ‘Single White Female’ remake, whenever that happens, you two have it in the bag” to which she replied, “Oh my god, that would be amazing.”

Furthermore, Chriqui also went on to mention an occasion when one woman mistook her as Dobrev. The instance took when she was in a store and one woman came up to her and said, “Hi Nina, I just want to introduce myself.”

“And I was like, “Stop right there. I’m not Nina.” It’s bananas,” Chriqui concluded her statement.

As for Dobrev, it seems she is yet to give out any comments on this topic.

Are Chriqui and Dobrev Actually Related?

To give a straightforward answer to the question: No, Chriqui and Dobrev are not related. The only similarity between the two, apart from them being look-alike, is that they are Canadian.

Born on December 10, 1975, Chriqui is the daughter of Moroccan Jewish parents. The name of her parents is Liliane and Albert. In addition, she has two older siblings, a brother named Serge and an older sister named Laurence.

As for Dobrev, she was born on January 9, 1989, in Sofia, Bulgaria. Her father’s name is Kamen Dobrev, a computer specialist, and her mother’s name is Michaela ‘Radeva’ Dobreva, an artist. She has an older brother.

When she was only two years of age, her family moved to Canada and settled down in Toronto, Ontario.