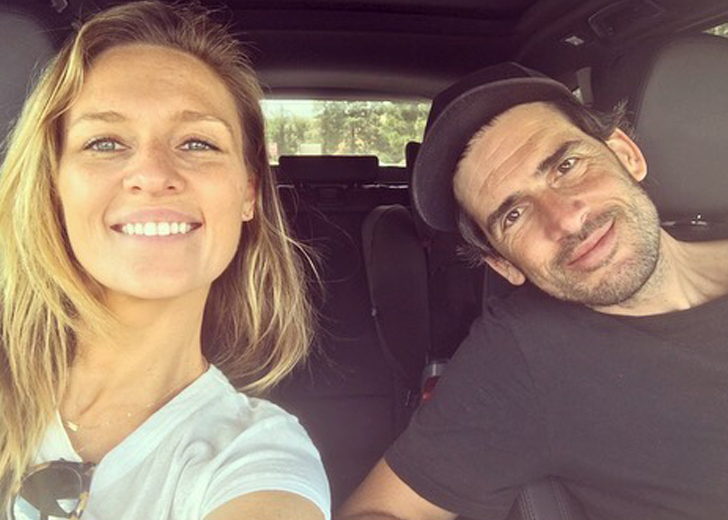 Michaela McManus is a talented actress who recently appeared in the third season of the hit Netflix show You. In the crime-romance series, she portrayed the role of Natalie Engler.

In addition, she has been a part of several well-known television shows such as One Tree Hill, Law & Order: Special Victims Unit, The Vampire Diaries, Aquarius, and The Village.

Having made her acting debut in 2006, she currently has 30 acting credits to her IMDb profile. Due to her growing popularity, people have been invested in knowing more about her – such as her relationship status.

Those who were hoping the actress to be single might be sad to learn that she is in a marital relationship. McManus is currently married to her longtime husband, Mike Daniels.

The 38-year-old actress has been married to her partner, Daniels, for over a decade, as of this writing.

It is currently unknown when and where the married couple first met each other and began dating. Nonetheless, there are a few known details on their marital life.

On July 3, 2011, McManus and Daniels walked down the aisle and shared the wedding vows in front of family members and close friends.

Since that day, they have been relishing the days they spend with each other. Their adoring togetherness could also be seen via their respective Instagram handles, where they occasionally share pictures alongside each other.

For instance, on the couple’s ninth wedding anniversary in 2020, Daniels shared a picture of kissing his wife. In the caption, he first put up a quote by Neruda that read, “I feel poor, foolish and sad, and you arrive and you are lightning glancing off the peach trees.”

He then thanked his partner for making his life whole and happy. He further added, “a place where against every odd and despite being wholly unworthy, I get to witness your lightning strike each and every day. Happy nine years! Xo.”

Similarly, on October 18, 2020, the actress took to her Instagram handle to share a selfie with her spouse and wished him his birthday. She captioned the post, “You make everything better. HBD, MD.”

The duo completed one decade of marital relationship on this year’s July 3rd. On that special occasion, McManus shared a series of old and new pictures captured alongside Daniels with a short and sweet caption, “You’re stuck with me, MD. #nowandthen #ten.”

McManus and Daniels Are Parents of Three

Not only do McManus and Daniels relish great lives as a married couple, but they also have an amazing life as the parents of three children.

In January 2014, the actress announced that she was pregnant with her first kid with Daniels. Months later, on April 3, 2014, she gave birth to a baby boy named Gabriel October Daniels.

On May 12, 2021, the actress took to Instagram to share the news of the birth of her third child, a daughter named Indigo Irene. She had posted a picture of her baby girl with the caption, “Hello, Indigo. I always felt you in my heart, sweet girl. And now you’re finally here. Welcome to the world, Indie Irene.”

Ever since the birth of her third child, McManus has been flaunting several pictures with her daughter. One of the most recent posts was on July 29, where she had posted a selfie captured alongside her daughter. “you + me forever,” McManus wrote as the caption.

Who Is Michaela McManus’ Husband?

McManus’ longtime husband, Mike Daniels, is a talented writer and producer. He has worked as a producer for some known shows such as The Vampire Diaries, Sons of Anarchy, Shades of Blue, and The Village.

Similarly, he has worked as a writer in TV shows such as One Tree Hill, Pan Am, Taken, The Village, and Bluff City Law.

Daniels celebrates his birthday on October 18th every year. His father, James Robert Daniels, used to serve in the Airforce. The details of his mother, siblings (if he has any), exact age, nationality, and more are not disclosed.