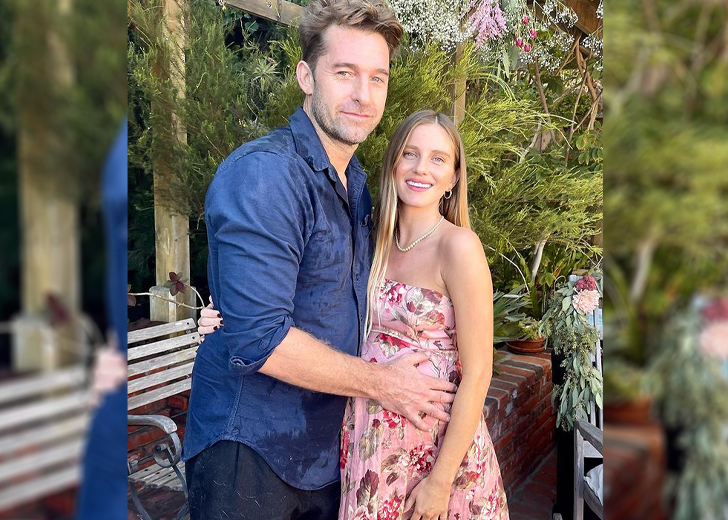 Sending congratulations in advance to Scott Speedman and his potential wife Lindsay Rae Hofmann, who will be a parent to a baby girl any day now. The due date of the couple’s baby is apparently very near.

On September 19, the couple organized a baby shower event. Speedman shared a couple of snaps from that day on Instagram with the caption, “Really thought the fellas got to skip the baby shower.”

Similarly, over a week ago, Hofmann posted a picture of herself flaunting her baby bump. In the caption, she had written that she was “Soaking up the final days” before giving birth to her baby girl.

This is Speedman and Hofmann’s first baby, and the British-Canadian actor is clearly very excited about it. His excitement was also expressed during his recent interview with People Magazine on October 14, 2021.

During that interview, the You star mentioned he was tremendously excited to be a father. He said that he probably wasn’t ready (to be a parent) as a younger guy, but he was now “ready to sort of give over to it” and that the timing just felt great.

Continuing his statement, Speedman said, “Ultimately, I have no idea what’s coming. But everybody says that having kids changes your life. And whatever that means, I’m excited to find out.”

The actor also talked about balancing his tight work schedule and new fatherhood. He stated that he and his partner would “see how it goes, work-life while trying to be as present as possible with a kid.”

Well, whatever happens, it’s for sure that the couple will manage it and will give their best to their daughter.

Hofmann had announced her pregnancy back on May 9, 2021, via an Instagram post. She had posted a picture of her baby bump with a caption that read, “In full bloom. Baby girl Speedman coming soon.”

But Are Speedman and Hofmann Married?

As of this writing, Speedman and Hofmann are yet to share the wedding vows. It is unknown when the duo will decide to get married. There are also no reports of the duo tying the knots anytime soon.

But now, with the arrival of their first baby, it could be sensed that the wedding bells aren’t too far away.

The London native, Speedman, has been in a relationship with the co-founder of Juillet Swimwear, Hofmann, since mid-2017.

Their romance was confirmed after Hofmann shared a picture alongside Speedman on July 17, 2017, with a caption, “magical night #lizdownloverslane.”

Following that day, the couple has been seen multiple times walking down the red carpet, attending several events, and going on vacations together.

The couple’s togetherness can also be seen via their respective Instagram handles. For instance, on this year’s Valentine’s Day, Hofmann shared a couple of black and white pictures captured alongside her partner. “Lova,” she captioned the post.

Similarly, on August 25, 2021, Speedman shared a couple of snaps of his partner. In one picture, Hofmann was seen standing still in a field, and her baby bump was visible. “My girl(s),” Speedman captioned the post.

Going by those, it could be said that Speedman and Hofmann have developed a special bond filled with love and care for each other, and their togetherness will last many more years.