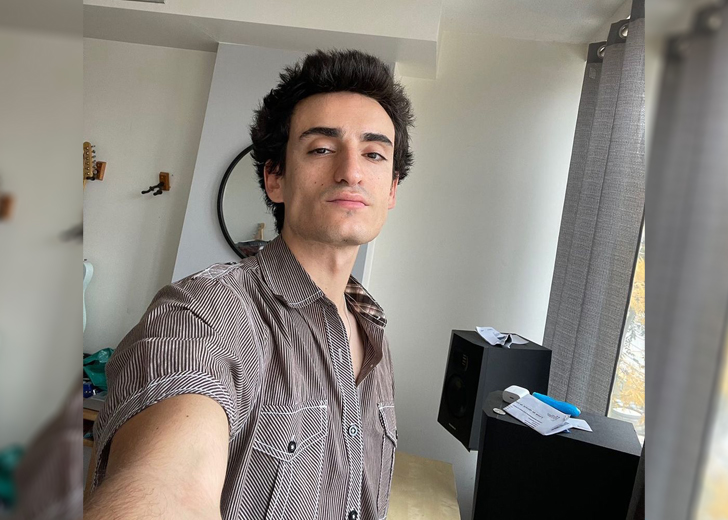 Tobias Dray is a Paris-born musical artist who tasted the limelight in late 2020 after releasing his song, ‘I Don’t Mind,’ featuring Ben Chandler. Since then, he has released several more songs and music videos.

Currently, the rising artist has over 6,430 subscribers and 403,000 views on his self-titled YouTube channel. In addition, he has garnered more than 114,000 monthly listeners on his Spotify account and over 1.4 million followers on his TikTok handle.

Coming over to Dray’s personal life, his present relationship status seems to be single. There haven’t been any reports of him dating anyone. He also hasn’t shared any pictures with a girl on social media, who can be his possible girlfriend.

The musician himself mentioned his singleness in an Instagram post of June 12, 2021, in which he had shared a series of mirror selfies of himself. In the caption, he had written that sometimes he wished he had a girlfriend so that he wouldn’t have to use mirrors to take pictures.

But, while Dray mentioned his relationship status as single in the post, his followers had commented some mixed comments. For instance, one Instagram user commented, “I thought u have wife 3 children.” The same user had also commented, “Omg lie.”

On the other hand, some of his fangirls commented that they could be volunteers. One had written, “I can take picture.”

“I volunteer as a tribute,” another fangirl commented.

Furthermore, one Instagram user gave the musician a suggestion to get a best friend to take his pictures. “Yeah had the same problem just get a bestie,” they commented.

While the multi-instrumentalist might be single now, he did have a girlfriend some years ago. He mentioned his partner while talking about his track, ‘Twice,’ in his interview with Nettwerk Records in May 2021.

During that interview, he gave a fun fact about his track and stated, “if you listen closely to the intro and outro, you can hear two people speaking French.” He then mentioned that it was a recording from 3 years ago of his girlfriend and him talking at that time.

“I used to have this handy recorder, the Zoom h4n pro, and I tried to record every sound & foley I could when I was going out,” Dray added.

Besides that little fun fact, he didn’t say anything more about his past relationship. To this date, the identity of his ex-girlfriend and the two’s dating timeline remains unknown.