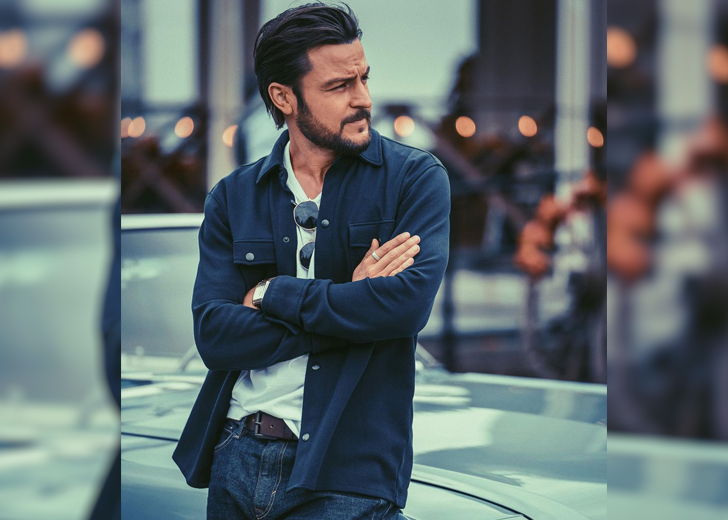 Tyler Hynes is adding one more acting project to the list of his acting credits.

The Canadian actor has joined the cast of Hallmark Channel’s all-new original movie titled An Unexpected Christmas. In it, Hynes will share the screen with the American actress Bethany Joy Lenz.

Hynes will be playing the role of Jamie and Lenz will be portraying the role of Emily. The official synopsis of the movie is, “Jamie (Hynes) hasn’t told his family that he and his now ex-girlfriend Emily (Lenz) broke up.”

The synopsis continues, “After an inopportune run-in with Emily at the train station in his hometown, Jamie convinces her to pretend they’re still a couple to avoid ruining Christmas for his family. Jamie and Emily engage in a week-long ruse of participating in his family’s holiday activities together.”

“While they’re stuck in his family’s home, the pair discovers their relationship might still have some potential, resulting in a very unexpected Christmas.”

As per Heavy, Michael Robison will be directing the movie and it is written by Paul Campbell. The filming of the Hallmark movie has already started as evident from Hynes and Lenz’s social media feeds. Both of the stars have been constantly sharing some behind-the-scenes photos from their Instagram stories and posts.

For instance, on August 26, 2021, the One Tree Hill star actress shared a short clip through her Instagram story in which she had tagged Hallmark Channel’s Instagram handle. In the clip, she said that it was time for a new Christmas movie and she is heading to Vancouver.

On September 2, she shared some pictures from the sets in which she was standing in front of a fully decorated Christmas Tree. She captioned the picture, “Early Christmas. Day 3.”

Hynes also hasn’t backed down from sharing some behind the scene photos as he shared a clip of Lenz sitting in front of a small Christmas tree outside of what seems to be the house their characters will reside in.

Likewise, another clip was shared by him through his Instagram story where the cameraman and crew members of the movie were doing their work.

Well, going by that, it seems the work on the movie has been going on very nicely and the two are having some amazing time while filming. Currently, the release date of the movie hasn’t been revealed but it is expected to premiere around Christmas time.

Just recently, Hynes was seen on-screen as Luke in another Hallmark Channel movie titled Roadhouse Romance, which premiered on September 11, 2021.

As for Lenz, she was recently seen playing the role of Lucy Ralston in the Hallmark Channel’s TV movie titled Five Star Christmas.