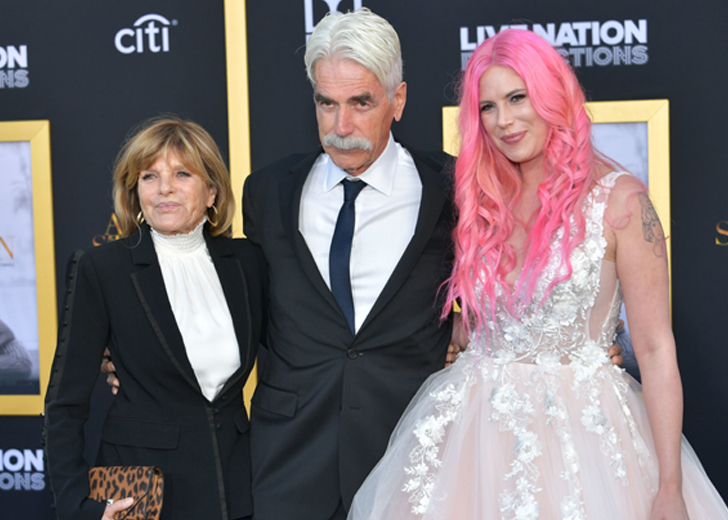 Cleo Rose Elliott once had an unhealthy relationship with her mother.

Cleo Rose Elliott is a well-known American model, singer, and musician who was born in fame as the daughter of a famous couple: Sam Elliott, an Academy Award-nominated actor, and Katharine Ross, also an actress.

Later, Cleo went on to make a name through her own talent when she released her first solo ‘No More Lies,’ which became an instant hit. Since then, she has been releasing several songs which have increased her popularity even more.

Although she has garnered fame through her talent, she has also gained some negative attention due to her relationship with her mother. Despite being the only child of her parents, Cleo doesn’t have that many healthy relationships, at least in the past.

As a result of that, her mother, Katharine, even had to get a restraining order against her own daughter. But what was the reason that led to all of this?

Cleo didn’t have an ideal relationship with her mother during her childhood. It is reported that she used to verbally and emotionally abuse her mother, Katharine, and it increased even more when she was at the age of 12 or 13.

“Cleo verbally and emotionally abused me even as a little girl but became increasingly violent at age 12 or 13,” Katharine’s official statement in court documents reads.

At that time, all of the family drama was limited to the family only and was never disclosed to the outside world. However, it came out in March 2011 when all of the limits were crossed by the American musician.

As per reports from PEOPLE and official court documents, on March 2, 2011, Cleo lost her temper out of nowhere and told her mother that she wanted to kill her. Then, she kicked in a cupboard door in the kitchen and started to follow her mother around the whole house.

When Katharine tried to pick up the phone to call the police, Cleo took the scissors and cut the telephone line. Afterward, she threatened to poke her in the eyes with the scissors she had.

Although she didn’t poke Katharine’s eyes, what she did was stab her mother’s right arm six times. Katharine stated that Cleo used enough force to pierce her skin through her shirt and leave her with marks that are still visible today.

A picture of Cleo Rose Elliott with her father Sam Elliott and mother Katherine Ross in 1990. [Photo: Twitter]

She didn’t have permission to go near her mother’s home, car, as well as her workplace and was told not to try to contact her. It was even mentioned in the order that if Cleo needed to get her belongings from her family’s house, police officers needed to be present on the ground.

As of this date, it is still unclear what led to Cleo’s sudden mood change and her stabbing of her own mother. Katharine’s spokesman also told that he was unfamiliar with the documents and that she has no comment to give.

The mother-daughter relationship has improved now

Cleo and her mother, Katharine, had a very unforgettable moment in the past which will be remembered by them as well as many people. However, it seems that their relationship has been improving more and more.

The 37-year-old musician and her actress mother have been seen making public appearances several times. In one interview at the 2017 Sundance Flim Festival’s red carpet event, Cleo mentioned that her parents are very talented actors, and they have made her proud.

One of the most recent public appearances of the mother-daughter duo was during the 91st Annual Academy Awards, where the two were caught smiling and happy.

On the other hand, Cleo is also very close with her father, Sam. A May 2020 tweet, posted by @forever_fanz on Twitter, even revealed a video where Cleo and her father were seen saving a bird that presumably fell off a tree.

“‘Dad and I rescued a hummingbird that was tangled in spiderweb the other day’ – Cleo Rose Elliott, Sam Elliot’s daughter,” the tweet read.