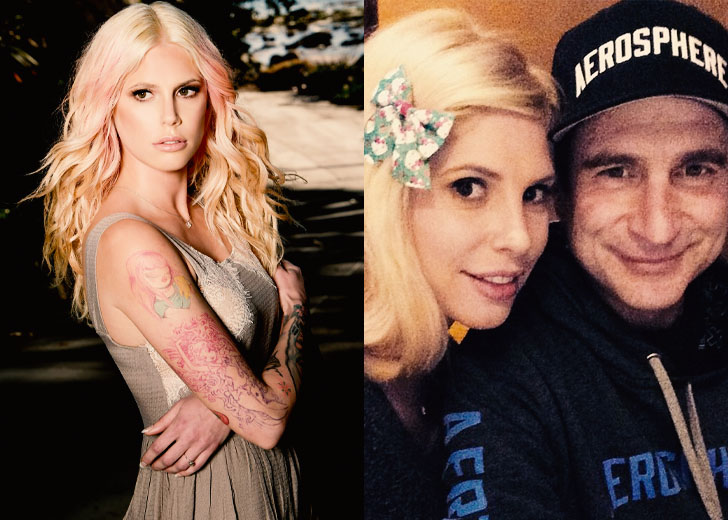 Cleo Rose Elliott was born and raised in the limelight as the only child of the Academy Award-nominated actor Sam Elliott and his actress wife, Katharine Ross.

Coming over to the other part of her life, the American singer has been in a longtime relationship with her boyfriend turned fiance Randy Christopher Bates.

Here is everything we know about Elliott and Bates’ relationship!

As of this writing, there has been no news of Elliott walking down the aisle and sharing the wedding vows with her fiance. So, considering that, it can be said that she is yet to get married.

Elliott and Bates are one of those couples who value their privacy and don’t share much on the internet or in public. Thus, there is a possibility that they might have tied the knots in secret and are yet to make their marriage public.

However, nothing could be said with full confidence without any official confirmation. So for now, it’s best to respect their privacy and believe that they might have some good plans for their wedding ceremony in the future.

As mentioned earlier, Elliott and Bates have been together for a long time. But due to their privacy, it’s currently unknown when and where they first met and the starting date of their relationship.

Nonetheless, upon going deep into Bates’ Instagram handle — Elliott doesn’t have one — his relationship with Elliott was traced back to December 23, 2013. On that day, he had shared a picture with the singer.

And it seems like they were already engaged by that time as the next time he posted a photo alongside her, on January 18, 2014, he referred to Elliott as “my love” and used the hashtag “fiance.”

Considering that, it could be assumed that the engaged duo has been together since the early 2010s. But they managed to keep their relationship details under the wraps due to their privacy. Also, no one had paid much attention to it at that time.

Elliott and her future husband continued their togetherness by supporting each other through their lows and enjoying their highs. Bates’ support towards Elliott and her family could easily be seen through his Instagram handle.

For instance, on August 26, 2016, he shared a selfie with his girlfriend turned fiance and mentioned her as his inspiration in the caption. Additionally, he used hashtags such as “#sheismyworld” and “#fiance.”

Similarly, during the premiere of Elliott’s father’s movie, A Star is Born, Bates accompanied his partner and his to-be in-laws. In the caption, he praised the film and expressed that he was excited to meet Dave Chappelle.

Furthermore, he had accompanied his partner and his future in-laws at the 2019 Academy Awards when his partner’s father was nominated for an Oscar for his supporting role in A Star is Born.

“Had an incredible night at The Oscars with @cleoroseelliott. So proud of Sam on his nomination! Walking the Red Carpet was surreal,” he wrote in the first part of the caption.

Following that post, he has fully stopped posting about his family. It seems like the engaged couple has been focusing on keeping their relationship private now more than ever.

Currently, there have been no reports of their breakup or wedding.

Who is Cleo Rose Elliott’s fiance?

Elliott’s fiance, Bates, is a professional mountain biker, cyclist, traveler, and singer. He loves going on adventures in different parts of the world and biking.

His love for adventures and biking is clearly depicted through his Instagram handle, which is full of pictures and videos from those amazing times. He has also taken his fiance on some of his numerous adventures and bike rides.

Since his childhood, Bates had a strong passion for cycling/biking. His first cycle seems to be a gift from his mother, as seen in his Instagram post of December 18, 2021.

Talking about his singer side, it’s reported that he had formed a musical band when he was only 13 years of age. But, he eventually left music to pursue a career in scuba diving. Yes, he is also a scuba diver – truly a multi-talented person, isn’t he?

Although he left music, he didn’t leave it completely. His Instagram bio suggests that he is a singer of a band named Panic Boom Band, who released their first single, ‘PANIC BOOM REVOLUTION’ in December 2021.

A tattoo lover, Bates was reportedly addicted to drugs and faced abuse from his parents during his childhood. In 2014, he had taken part in Be Somebody movement, during which he mentioned his black childhood.

In addition, he talked about his drug addiction which was one of the difficult parts of his life. However, he eventually won over his drug addiction through sheer will and began to live a new and healthy life. As of now, he relishes a blissful life with his future wife, Elliott.

Till now, there have been no reports of Elliott dating someone in the past before her relationship with her now-fiance.

Even if she had a boyfriend back then, she has managed to keep the details of her former relationship upto herself only.