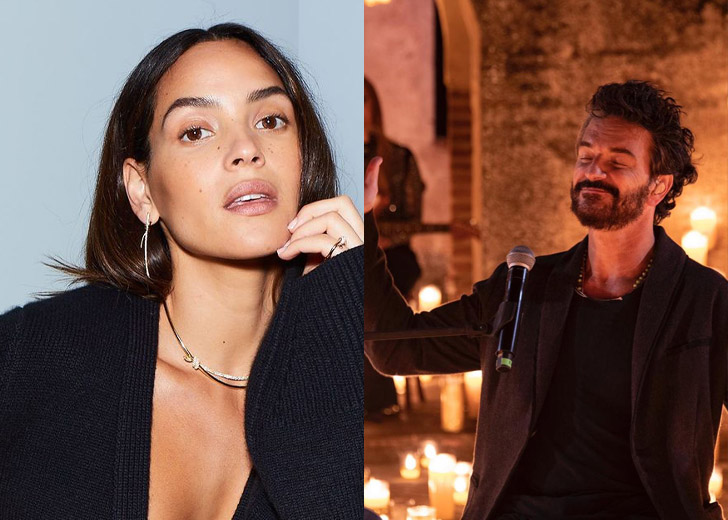 Adria Arjona, whose birth name is Adria Arjona Torres, is a talented Puerto Rican actress who is set to appear in the upcoming superhero movie Morbius. In it, she plays one of the lead roles of Martine Bancroft.

Talking more of the movie, it is produced by Columbia Pictures [Sony Pictures Entertainment] in association with Marvel Entertainment, as a part of Sony’s Spider-Man universe (SSU). It will hit the theaters on January 28, 2022.

As the actress’s popularity has grown over the years, people from around the world are getting to know her. Among all of them, some have a burning question as to if she is related to the Guatemalan singer-songwriter, Ricardo Arjona.

If you have been wondering the same question of the actress somehow being related to the singer-songwriter, then let’s not make you wait any longer.

Yes, Adria Arjona is related to Ricardo Arjona (birth name: Edgar Ricardo Arjona Morales). In fact, they are blood-related, and Arjona seems to be the eldest child of Ricardo. Yes, she is Ricardo’s daughter!

The Sweet Girl actress was born on April 25, 1992, in the suburbs of San Juan, Puerto Rico. Her father’s name is Ricardo Arjona, a Guatemalan, and her mother’s name is Leslie Torres, a Puerto Rican.

Besides her parents, she has one biological sibling, a brother named Ricardo Arjona, named their father.

Her parents had met each other in Buenos Aires, Argentina, and formed a relationship, however, the exact date is undisclosed. After being together for years and sharing two children, they parted ways in 2005.

Five years later, in 2010, her father began dating a Venezuelan model named Daisy Arvelo. From her father’s new relationship, she has one half-sibling, a brother named Nicolás Arjona (b. 2010).

Adria Arjona Has Praises for Her Parents

Over the years, the 29-year-old actress has learned many things from her parents, for which she is very thankful. She expressed her praises for her both of her parents during her March 2018 interview with People.

During that interview, she mentioned that her parents are practically her best friends. She then talked about her biological mother, who as per her is very spiritual and positive and guides her through every problem in her life.

Afterward, she talked about her father and said, “He motivates me and pushes my limits and makes sure that I’m always growing as an artist. He is constantly making me cultivate my head, not just my physicality.”

In the latter part of the interview, she told that she puts on her dancing shoes during her free time and that her family is the first ones to cheer her on. “My whole family is excited and super supportive in what I do,” she said.

She again mentioned her father on the topic and stated, “My dad is my No. 1 fan. He shows my clips to all of his friends and it’s really cute. I’m happy that I can make him proud.”

As per Arjona’s IMDb biography, which was written by her, she spent most of her childhood traveling around different places due to her father’s profession. Her father used to take her on his tours, which helped her learn about art, music, and a bohemian lifestyle.

At the age of 12, she moved to Miami, United States, with her family and stayed there until the age of 18. But, she left Miami only to make a huge decision to settle down in New York City on her own and become an actress.

To make sure that she makes progress, professionally and personally, her father also took a big decision to not let things be handed over or easily given to her. She worked as a waitress and hostess to pay her bills whilst also studying acting at The Lee Strasberg Theatre and Film Institute.

All of that hard work made her more strong and focused on achieving what she had aimed for. She eventually graduated from the film institute and worked up to make her acting debut, which came in 2014 via the TV series, Unforgettable.

Since then, she has never looked back and has continued to work hard and achieve things on her own. Presently, she has 19 acting credits to her IMDb profile, without including the 5 upcoming acting gigs.