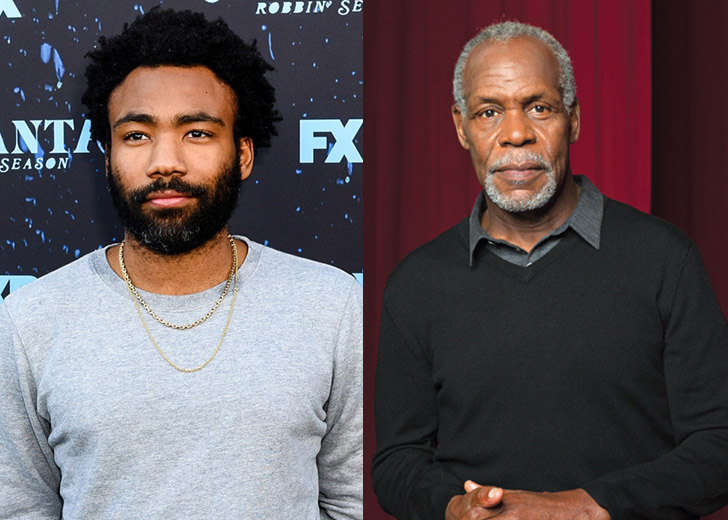 Donald Glover is a famous singer, actor, and comedian who is well-known by his stage name Childish Gambino. While his professional and personal life stays put, people on the internet have been confused on his family side.

Coming straight to the point, many think Donald Glover is related to Danny Glover, a well-known American actor, and director.

To clear all the confusion: No, Donald is not anywhere related to Danny and Danny is not the dad of Donald.

How Did the Confusion Start?

The confusion of Donald being Danny’s son started back years ago. Although the main source behind it is unknown, the online outlet, Parade, did address the confusion and wrote a short article to clear out the confusion back in August 2016.

Later, Donald himself addressed the topic, in a fun way, during his 2018 Saturday Night Live monologue. He had said, “I’m really excited to be hosting Saturday Night Live, and the answer to the question everyone’s asking is, yes, I’m Danny Glover’s father.”

However, it seems to not end there as all of it started again in 2019 when The Daily Telegraph published news that mentioned Danny as Donald’s father. The news was published to highlight Donald’s tour in Australia.

The piece of news was later shared by the television producer Mitch Feltscheer on Twitter. In his tweet, Feltscheer showed his disappointment and also clearly mentioned that the two actors are not related at all.

In addition, he asked if the editors of The Daily Telegraph have heard of Wikipedia, to fact-check everything before publishing news that has false information.

After Feltscheer made the tweet, tweetratis were quick to comment and express their opinions. While some used normal tone, some were there with their sarcastic tone.

One Twitter user had written, “Surely its really not hard to check this stuff before they publish” to which another user had replied with a little sarcastic tone, “It is hard – you have to put effort in – and don’t call me Shirley!”

“Will Michael B. Jordan, son of basketballer Michael Jordan, also be there?” wrote another user with a sarcastic tone. It was soon followed by another comment of the same kind, in which one tweetrati wrote, “I hope by this logic that I, Phil Ferguson, am the child of Stacy Ferguson aka Fergie.”

Furthermore, one user pointed out The Daily Telegraph’s bad journalism and wrote, “Imagine being THIS bad at journalism.”

Who Is Donald Glover’s Father?

Born on September 25, 1983, as Donald McKinley Glover Jr., the singer is the son of Beverly ‘Smith’ Glover (mother) and Donald Glover Sr. (father).

While his father is a former postal worker, his mother is a retired daycare provider. He was initially raised in Edwards, California, where his father was stationed, before all of them moved to Stone Mountain, Georgia.

Apart from his parents, he has two siblings; a sister named Brianne and a younger brother named Stephen.

On the other hand, Danny Glover only has one child and it’s a daughter named Mandisa, whom he shares with his first wife Asake Bomani. From his marital relationship with his present wife, Eliane Cavalleiro, he is yet to have kids.

Well, if that doesn’t wrap up all the confusion, then there is nothing that will.