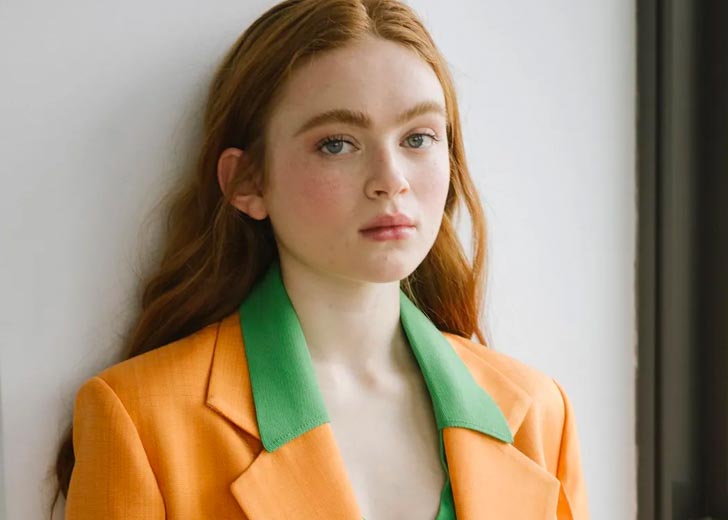 Stranger Things season 4 volume 1 is out now, and the stars of the show are getting praised for their incredible performance. Among those many stars, one is Sadie Sink.

The American actress is best known for her portrayal of Max Mayfield in Netflix’s hit Stranger Things. Besides that, she has gained fame for her role as Ziggy Berman in the film trilogy Fear Street and starring in Taylor Swift’s All Too Well: The Short Film.

With a new season of Stranger Things and Sink’s character being one of the major focuses in the show, the 20-year-old actress’s popularity has risen again. Due to that, fans are eager to know more about her.

Who is Sadie Sink in a relationship with?

One of the major things that fans want to know about Sadie Sink is her personal life — which we will discuss here. The reason behind this eagerness from the fans might be because the actress hasn’t shed much light on that part of her life.

So, is Sink dating a boyfriend? As said earlier, the answer to that question remains unknown. However, many trusted media outlets have mentioned that her present relationship status is single.

The Texas native actress hasn’t provided any updates on her romantic life, either through her social media handles or her interviews. Similarly, she hasn’t taken someone special to attend the premiere of her movies and TV shows — unlike her Stranger Things co-stars.

With all that in consideration, it’s only fair to say that Sink lives a private life as a single person. She is in her early 20s – celebrated her 20th birthday on April 16 – and might be focusing more on her acting career.

But, although she might not be dating a boyfriend, she surely has some best BFFs in the likes of her Stranger Things co-stars, including Millie Bobby Brown, Noah Schnapp, Gaten Matarazzo, Caleb McLaughlin, and others.

Although Sink’s present relationship status is single, she hasn’t been spared from some internet rumors. During her initial days in the Stranger Things franchise, she was linked to Caleb McLaughlin, who played the role of her on-screen boyfriend Lucas Sinclair.

Additionally, she was rumored to be in a relationship with another of her Stranger Things co-star Noah Schnapp — who played the role of Will Byers. Many had even shipped the rumored duo of Sink and Schnapp.

However, none of those rumors turned out to be true. Instead, Sink only had a good friendship with both McLaughlin and Schnapp, and things were yet to turn into a relationship between any of them.

Later, around November 2021, the American Odyssey star was linked to Joe Alwyn’s brother Patrick Alwyn. The news came just sometime before Taylor Swift’s All Too Well: The Short Film was released, in which Sink starred.

And as Joe and Taylor have been dating for years, fans speculated that Joe’s brother is now in a relationship with Sink — believing Taylor played some role in bringing the rumored couple together.

The speculations were further fueled when two-month-old pictures – from late September 2021 — of Sink and Patrick once again surfaced on the internet. Those pictures were of the two having a normal stroll around New York City.

Sink and Patrick were only engaged in a normal conversation and nothing more was happening between the two. Nonetheless, fans started their speculations. One even tweeted, “I knew something was coming when Patrick Alwyn and Sadie Sink were seen hanging out.”

However, despite all those speculations, neither Sink nor Patrick addressed the rumors. It was never confirmed or denied that the two were together. Nonetheless, it was evident that they were not dating each other, thus making the rumors false.