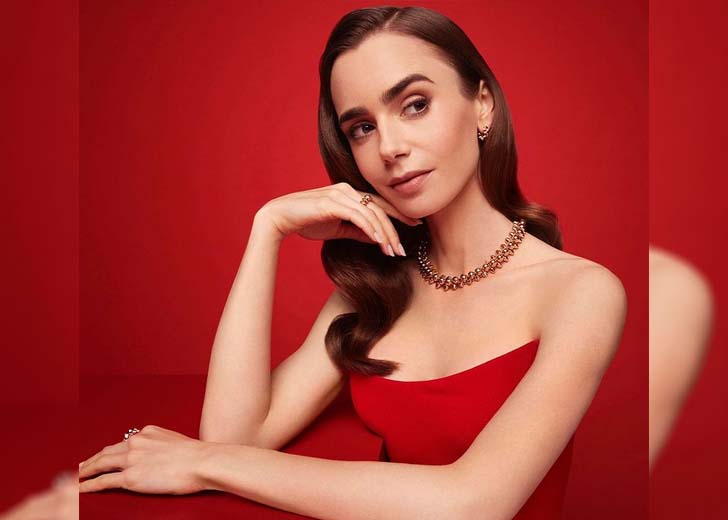 Lily Collins is a talented British-American actress who received the limelight for her performances in several movies and TV shows. She recently reprised the lead role of Emily Cooper in the Netflix show Emily in Paris (2020-21).

Here is a detailed look at Collins’ age, parents, height, net worth, and more!

How Old Is Lily Collins?

Born in 1989, Collins is presently 32 years of age. She celebrates her birthday on the 18th of March every year.

On her 32nd birthday in 2021, she thanked all of the well-wishers via an Instagram post. She had posted a baby picture of herself and wrote a sweet caption. Some part of her caption was, “Birthday baby! Thank you guys for all the love today! I’m beyond grateful and ready for all the adventures and memories of 32!…”

Born as Lily Jane Collins, the actress spent some part of her childhood in the suburbs of Guildford, Surrey, England. Her zodiac sign is Pisces. Additionally, she is of English, German, and Russian Jewish descent.

As for her education, she is a graduate of Harvard-Westlake School who later graduated from the University of Southern California with a degree in broadcast journalism.

As for her parents’ profession, her mother served as the former president of the Beverly Hills Women’s Club for three terms. Similarly, her father is a renowned musician.

Presently, her parents are separated. They were married in 1984 and split in 1994. Their divorce was finalized in 1996. As a part of the divorce settlement, her father paid £17 million to her mother.

Following the divorce, she moved to the United States [Los Angeles] with her mother.

As for her father, he married a Swiss named Orianne Cevey in 1999. However, this marriage also didn’t work as they divorced in 2006 — they rekindled their relationship around 2016 but parted ways again in 2020.

From that marriage, Lily’s father is blessed with two sons, Nicholas and Matthew. Furthermore, he also has two children from his first marriage with Andrea Bertorelli (from 1975 to 1980) — Lily’s mother is his second wife.

They are a daughter named Joely and a son named Simon Collins. To conclude, Lily doesn’t have any biological siblings but has four half-siblings.

How Tall Is Lily Collins?

Lily Collins Has a Hefty Net Worth

The Inheritance star made her acting debut in 1999 and has soared her way up in the entertainment industry, landing roles in big movies — which have even been nominated for Academy Awards.

Considering her flourishing acting career, she must have accumulated healthy net worth. So, how much is Lily Collins’ net worth? The actress has amassed a net worth of $25 million, as per Celebrity Net Worth.