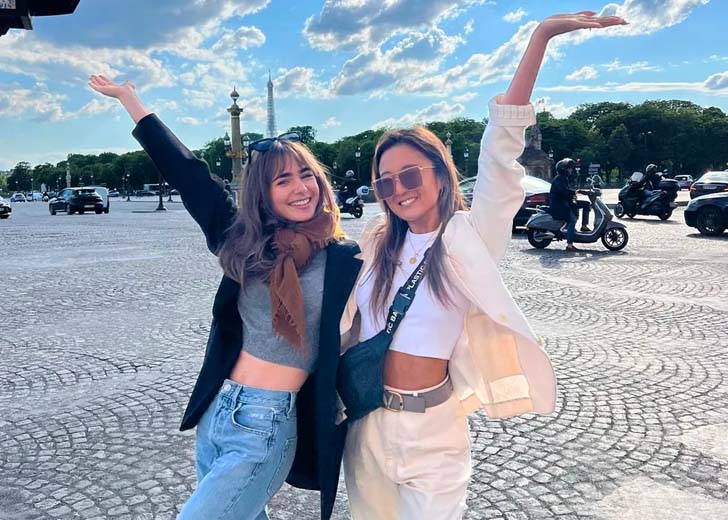 The Netflix show was renewed for a third and fourth season in January 2022!

Emily is back in Paris!

On Wednesday, June 1, 2022, actress Lily Collins took to her Instagram handle to share a picture alongside her Emily in Paris co-star Ashley Park to announce that they have returned to Paris for the third season of the Netflix show.

“Reunited in Paris! Let season 3 filming begin!…” Collins, who plays the titular role of Emily Cooper, wrote as the caption.

Similarly, Park had shared a couple of snaps alongside Collins – one was the same that Collins posted – with the caption, “those Americans roaming Paris again yayyyyy! @lilyjcollins 🤍 #emilyinparis.”

Additionally, Park had posted those pictures on her Instagram story. As she did so, she wrote, “I spy a tiny Eiffel and two happy lasses. Love you @lilyjcollins, let’s do this!”

Around the same time the Emily in Paris co-stars revealed they were in Paris, the official Instagram handle of the Netflix show had also disclosed that the production work on the show’s third season has commenced.

They had posted two pictures: the first one was of Collins’ seat and her script at the table read consisting of all the cast members. As for the second picture, it was the same that Collins and Park posted on their respective Instagram handles.

“Back at a table together, and it’s not for a client meeting or a dinner party. production on season 3 is starting now!” the post’s caption read.

Another picture from the all-cast table read came in when Park took to her Instagram stories to share a picture that showed other cast members, in addition to her and Collins’ place card and script.

Alongside the picture, she had written, “Reunited with the fam. Nothing beats getting to do this with sis @lilyjcollins.”

On January 10, 2022, The Hollywood Reporter reported that Netflix has renewed Emily in Paris for a third as well as fourth season. The news came less than a month after the second season of the show premiered on December 22, 2021.

As of now, it hasn’t been said when the filming will wrap up. Furthermore, there is no news on when will the season three trailer or the whole season in itself will be released.

Emily in Paris is an American comedy-drama TV show created by Darren Star. The show is based in Paris and stars Collins as Emily Cooper – a young American woman from a Midwestern U.S. upbringing who relocates to France after being hired by a marketing firm named Savoir.