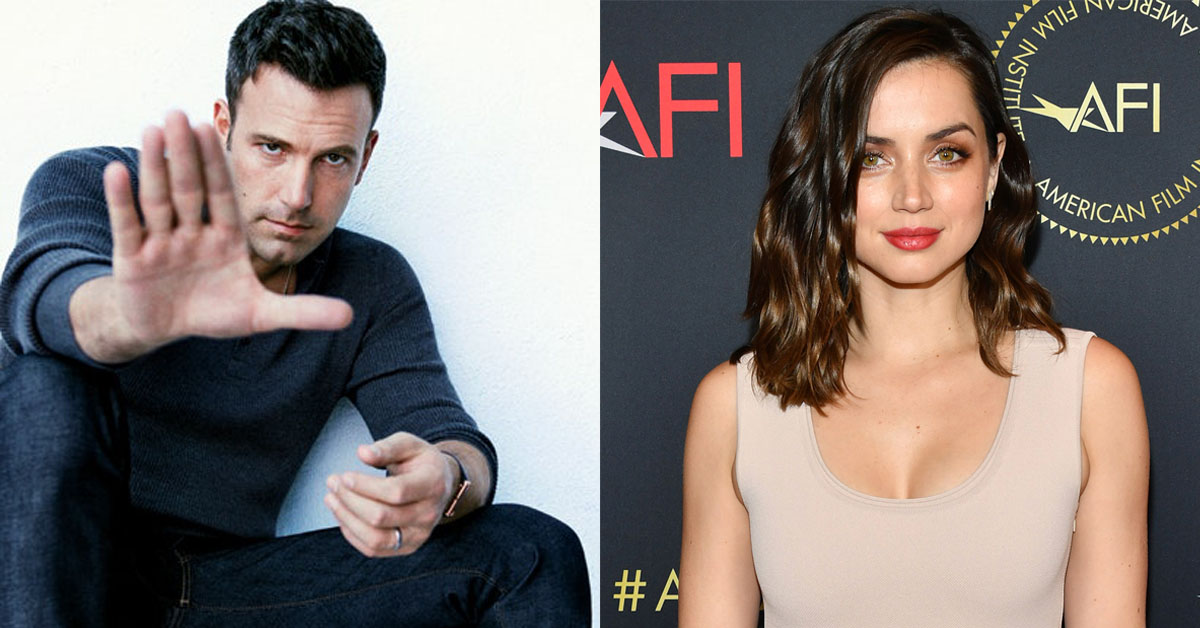 Ana de Armas and Ben Affleck were in a relationship for a brief time after they met while filming the movie Deep Water in New Orleans.

Ana de Armas doesn’t seem interested in keeping her fans in the dark, especially when it comes to her relationship status.

On March 22, 2021, the Cuban-Spanish actress, who relished a relationship with her Deep Water co-star, Ben Affleck, for less than a year, took to Instagram to clarify that she was not dating her ex-boyfriend anymore.

In that Instagram post, she posted a short video clip of late actress Marilyn Monroe, singing ‘No’ from the film Gentlemen Prefer Blondes (1953) — while her caption read, “What she said!”

If that didn’t make it clear, the Knock Knock star also posted Instagram Stories on the same day, putting out a series of “Nope” stickers, “I don’t think so,” and “No” stickers each and a peace sign.

Both her Instagram post and story seemingly addressed the ongoing speculations of her reconciliation with actor Ben Affleck, where her “No” and “Nope” were enough to clear all the rumors.

The step from the actress came in the wake of several rumors that arose after she posted a selfie a day before the mentioned post on her Instagram Stories.

In the picture, she flaunted a necklace with a half-heart pendant, which was identical to one she and Affleck wore while they were dating.

The actress de Armas was first linked with the Batman vs. Superman actor while filming their upcoming psychological action thriller film Deep Water in New Orleans in early 2020.

According to Elle, the two are supposed to portray a married couple in the film, where the film narrates the story of “a well-to-do husband who allows his wife to have affairs in order to avoid a divorce,” but later “becomes a prime suspect in the disappearance of her lovers.”

Since seeing each other romantically, the two made her relationship public on Instagram. They would post adorable pictures with each other, including birthday posts and vacation pictures.

On the occasion of her birthday, on April 30, 2020, de Armas posted a series of pictures celebrating her birthday with Affleck. In the pictures, both looked extremely close to each other and seemed to be enjoying a great time together.

In the caption, the actress wrote, “Thank you all so much for the birthday wishes and love! Cheers to another great year.”

But realizing love together probably, wasn’t in their fate, as they split within a year of their relationship. In early January 2021, People reported that the two have separated, citing the split was “mutual” and “amicable.”

The outlet also reported a source who stated the reason behind their separation: “Their relationship was complicated.”

But the two still manage a friendly relationship even after the break-up. “Ben and Ana’s friendship has not ended,” a source told the outlet.

That being said, Armas was apparently seen enjoying a coffee with a handsome mystery man in Los Angeles on April 11, 2021. She also walked around the street with her new partner and her dog Elvis.

Now it is to see when the actress reveals her new companion’s identity among her fans and followers.

On the other hand, Affleck has reunited with his former partner Jennifer Lopez, whom he was supposed to get married in 2004.