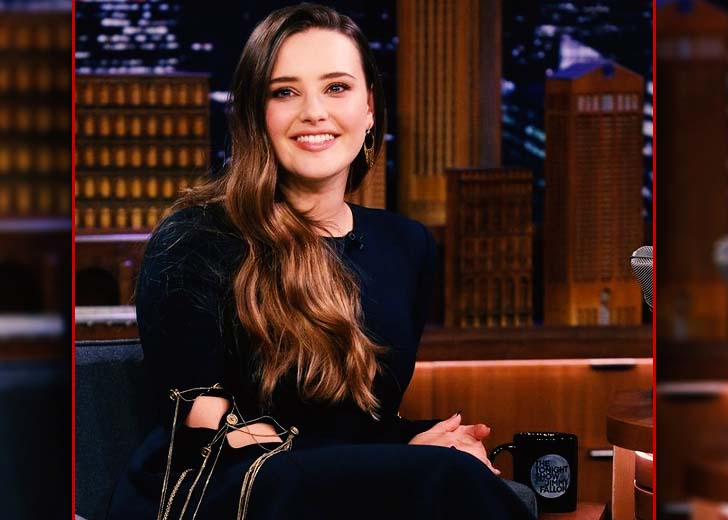 Katherine Langford is an acclaimed Australian actress who first came into the limelight after portraying the role of Hannah Baker in the hit Netflix series titled 13 Reasons Why (2017-18). For her performance, she even received a Golden Globe Award nomination.

Though her time in the entertainment industry has been short, she has managed to astonish the audiences and win the hearts of millions worldwide. But, is there a special one who has managed to win her heart?

Is Katherine Langford Dating a Boyfriend?

As of this writing, there have been no reports of the actress dating a boyfriend. Langford, age 25, is always very tight-lipped regarding her personal life.

She hasn’t been seen hanging out alongside a handsome hunk by the paparazzi. Neither has she hinted at anything via her social media handles. She only shares pictures and clips of herself and her profession.

Langford’s present relationship status seems to be single, considering all of those details. It seems she is very content with achieving a successful acting career and has kept her full focus on that only.

On the other hand, if she isn’t single and has a partner, she has been very successful in hiding him from the outside world. Nonetheless, it could not be said what the exact situation is unless the actress herself says anything.

After 13 Reasons Why aired globally, rumors that Langford was dating her co-star Dylan Minnette began to spread.

In the show, Minnette’s character, Clay Jensen, had a crush on Langford’s character, Hannah Baker. Their on-screen chemistry was loved by many, and it was the main reason behind people thinking that the two stars were in a relationship.

So, were Langford and Minnette dating each other? To give a straightforward answer — No.

Langford and Minnette were not in a relationship, and the speculations are false.

Neither of them confirmed the rumors as nothing was going on between them. Although they weren’t dating, they had a good friendship, of which the actress also spoke during one of her interviews.

She said, “He’s fantastic. Dylan Minnette is so generous and kind and courteous and he’s pretty much Clay. Clay is sweet and lovely and just ever-giving to Hannah. Every time I got on set — playing Hannah Baker — it’s kind of like going through six months of bullying.”

“But every single scene I had with Dylan, it would put a smile on my face. He would always be there to kind of lighten the day,” the 5 feet 5½ inches tall actress further added.

As of now, Langford’s on-screen partner, Minnette, has been in a longtime relationship with his girlfriend Lydia Night. They began dating in late 2018 and are still going strong.