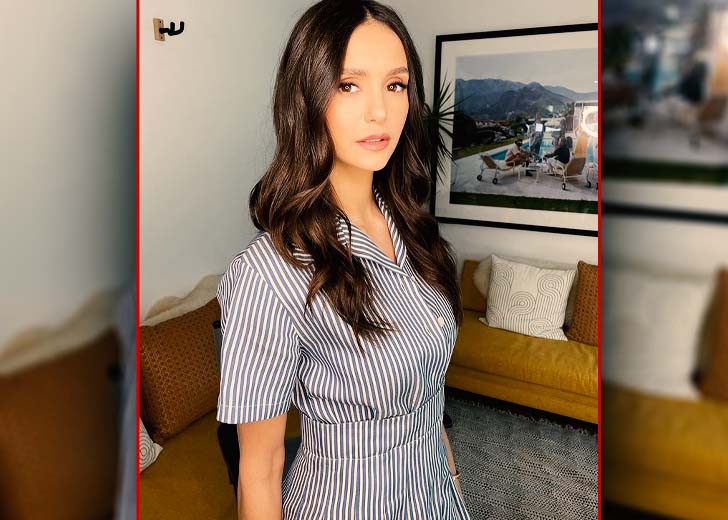 Nina Dobrev is a talented Canadian actress who is mostly known for her performance in the hit show titled The Vampire Diaries (2009-17). Throughout the seasons, she played three roles, Elena Gilbert, Katherine Pierce, and Amara.

Her other known movies and TV shows are Degrassi: The Next Generation, The Perks of Being a Wallflower, Let’s Be Cops, The Final Girls, Flatliners, Fam, and Love Hard.

Coming over to her personal life, it’s equally balanced and flourishing. She has been in a relationship with her Olympic gold medalist boyfriend, Shaun White, since February 2020.

Here are some facts about the People’s Choice Award winner’s height, birthday, parents, net worth, and more!

Nina Dobrev Has an Average Height

The Ryerson University graduate stands at an average height of 5 feet 6½ inches or 1.69 meters. She has an athletic build body and weighs around 59 kg or 130 lbs.

Comparing her height and weight to that of her present boyfriend, hers are quite less. White has a towering height of 5 feet 8 inches or 1.73 meters and weighs around 70 kg or 152 lbs.

Born in 1989, Dobrev is presently 33 years of age. She celebrates her birthday on the 9th of January every year. Additionally, her zodiac sign is Capricorn.

She celebrated her 33rd birthday on this year’s January 9 with her close friends and her partner. On her Instagram handle, she first posted a clip of herself from her childhood. “Happy birthday to you,” played in the background.

On January 12, she shared a picture from her birthday night, where she was with several close friends. Looking at the picture, it seems the birthday event was girls-only.

On Thursday, January 13, she posted some more pictures from her birthday. Those pictures were taken in day time which she spent with her boyfriend. They had gone horse-riding in the hills and had a memorable day.

Nina Dobrev Is Originally from Bulgaria

She is the youngest child of her parents and has an older sibling – a brother named Alexander Konstantinov Dobrev.

The actress was born in Sofia, Bulgaria. But, when she was only two-year-old, her parents decided to move to another country and immigrated to Canada. They initially settled down in Toronto, Ontario.

As she is from Bulgaria, she is of Bulgarian descent. She can fluently speak Bulgarian and English and speaks some French too. Her ethnicity is white.

How Much Is Nina Dobrev’s Net Worth?

As per reports from Celebrity Net Worth, Dobrev has earned an estimated net worth of $11 million. And considering her flourishing career, it’s only fair to assume that the figure will rise in the future.

She made such a healthy income thanks to her illustrious acting career. She made her debut in 2006, playing the role of Mia Jones in Degrassi: The Next Generation (2006-09). Her breakthrough came in 2009 when she was cast in The CW series The Vampire Diaries (2009-17).

She majorly played the lead role of Elena Gilbert in the show and recurrently played the roles of Katherine Pierce and Amara. Since her rise to fame, she has appeared in several movies and TV shows.

Dobrev presently has 45 acting credits to her IMDb profile. Furthermore, she is involved in four more future projects, which are yet to be added to that list.

Nina Dobrev Was Professional on TVD Sets despite Break-up

Years before, Dobrev was dating her The Vampire Diaries (TVD) co-star Ian Somerhalder. On the show, their characters – Elena Gilbert and Damon Salvatore – were a couple.

The on-screen romance became real when the two began dating each other in early 2010. However, after three years of dating, in 2013, the two ended things for good.

Despite their split, they remained professional and continued to play the roles of a couple on the show. In May 2021, a fellow star of The CW show, Claire Holt, talked more on that topic during her appearance on Dear Media’s Not Skinny But Not Fat podcast.

She said, “I was on The Originals [TVD’s spin-off show] at that point so I don’t know the timing. But honestly, they were really — they kept it super professional, it never got weird, like props to them.”

“They did a great job at managing that. But it’s hard, like for a lot of people it’s really tough,” she further added.

Not only were they professionals on the show, but they continued to be friends off-screen too. During the 2014 People’s Choice Awards, the former couple had joked about their split.

Furthermore, after the final episode of The Vampire Diaries aired in 2017, Dobrev had a farewell dinner with Somerhalder and his actress wife, Nikki Reed. “I don’t think that’s weird at all,” Dobrev said of the dinner on Watch What Happens Live in 2019.

She further said, “Why can’t everyone be friends? I think they [Somerhalder and Reed] have a beautiful baby, and they are happy and so am I. What’s bad about that? I don’t see any problem with that.”