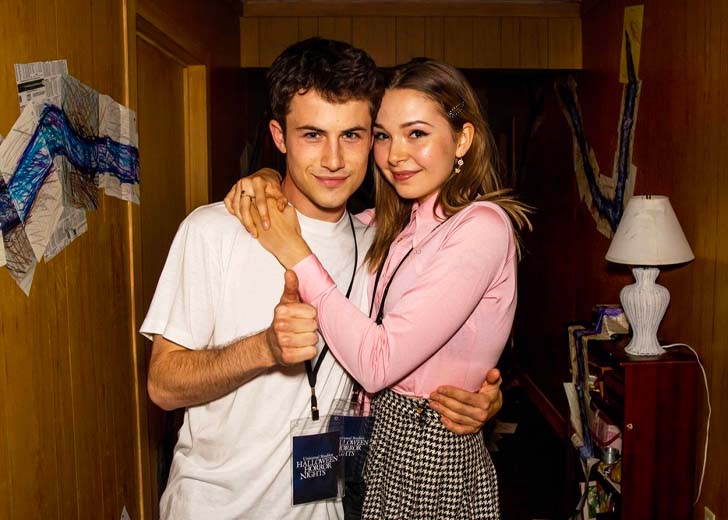 It seems like this is a season of break up and ups and downs in relationships. In the last couple of months, many celebrities announced they had parted ways with their boyfriend or girlfriend.

Lydia Night and Dylan Minnette have joined the gang.

The pair had sparked rumors of a split since the summer of 2022. This is because the couple did not post pictures of each other as often as they used to.

The last publicly known encounter between the two was when Night had to get her appendix removed while on tour in Toronto. Minnette visited her in the hospital, and the pair had posted pictures of it on Instagram.

Since then, they have been absent, and people have been speculating about their relationship. Many believe that they were still dating but keeping it private.

Whereas many were adamant that the couple had parted ways. On December 7, 2022, Night confirmed that the duo had, in fact, split.

As said before, there had been a lot of speculations by fans and followers of the couple about their relationship. They had been asking both Night and Minnette on their social media, including Instagram and TikTok.

Because Night had enough of the narratives by netizens, she took to Instagram to clarify her relationship status with her boyfriend. She wrote in her Instagram stories that the pair were no longer dating.

She clarified that she and Minnette were no longer romantically involved. However, she claimed that the pair still love and care about each other regardless of not dating anymore.

She noted that nothing would change when they moved on to the next phase of their life. At last, she asked her fans and followers to give privacy to her and Minnette during these times.

As expected, the fans are sad because of the break up. Nevertheless, they are supportive of the pair and have given their best wishes to the couple.

At the time of writing, Minnette is yet to make a statement about the split. He has deleted all of his Instagram posts as well.

Night, on the other hand, has not removed any pictures with her former boyfriend. Similarly, both are following each other on Instagram.

Minnette and Night first fueled dating rumors in October 2018. It started after they were seen kissing at the Halloween-themed Knott’s Scary Farm in Buena Park, California.

Since then, pictures of them hanging out with each other started surfacing on the internet. But the duo had not confirmed if they were dating or not.

A year later, rumors of a romance were confirmed after the two uploaded photos of themselves on Instagram in December 2019. Since they went Instagram official, people have been fans of their relationship.

They soon became an “it couple,” with many keeping their love story on a pedestal. After going official with their relationship, the couple had their red carpet debut, collaborated on music, and even quarantined together!

Moreover, they frequently shared images of themselves enjoying each other’s birthdays, Valentine’s days, and anniversaries. Many adored their love story and wished the same for themselves.

But sadly, after four years, everything has come to an end.

Does Stacey Abrams Have A Husband? Her Personal Life Discussed