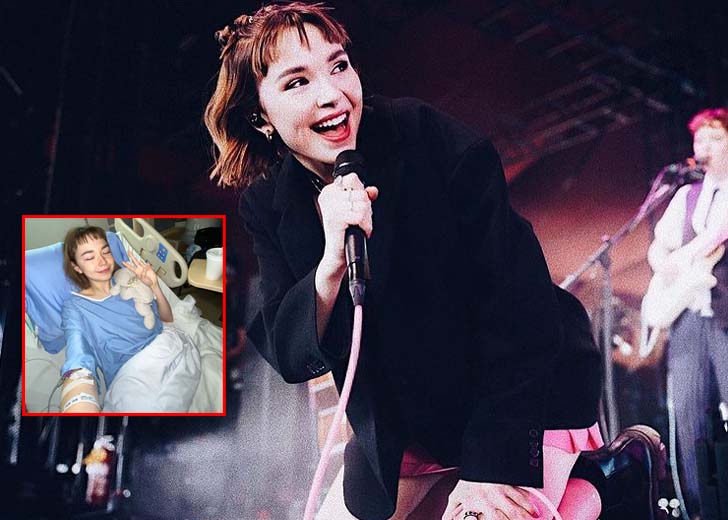 We wish her the best recovery.

The Regrettes band lead singer Lydia Night was performing with her band in Toronto this Tuesday, May 10, 2022.

Everything went well with Night’s show in one of the biggest cities in Canada; however, after the show ended, things started to become bad for Dylan Minnette’s girlfriend. And it became worse upon reaching the hotel.

On Thursday, May 12, 2022, The Regrettes band’s Instagram handle shared what happened to their lead singer. They wrote, “hey y’all. After the Toronto show on Tuesday night, Lydia started feeling some intense stomach pains.”

They continued by writing that when they returned to the hotel, Night’s stomach pains persisted, and she ultimately decided to go to the hospital and admitted herself to the ER the next morning, on Wednesday, May 11.

Upon examination, the doctors reported that she was “having some serious complications in her appendix,” due to which the doctors advised her to have an immediate surgery – which she did.

Thankfully, the surgery went smoothly and was successful. The Regrettes band further said that Night was doing much better; however, they had a bit of sad news for their fans. The sad news was that they had no choice but to reschedule their tour.

“Unfortunately, we have no choice but to reschedule the rest of our upcoming tour dates through May 24th so that she can get the proper care that she needs to recover. We are heartbroken but endlessly thankful that Lydia is safe,” they added.

Their last sentence was dedicated to their beloved fans as they wrote, “We love you. Thank you for understanding. More info to come on rescheduled dates soon.”

Just an hour after the band broke the news, Night took to her Instagram handle to address her followers and well-wishers. She first addressed her fans with a simple “hey everyone.”

She continued, “Last night, I had to get my appendix removed last minute here in Toronto, but I’m doing ok! I am so beyond bummed that we will not be able to continue this tour.”

Following that, she mentioned that going on this tour has “truly been the best time of her life, and cutting it short has been the most frustrating part of this whole thing.” She then thanked her fans for their love and understanding.

Lydia Night recovering after removing her appendix in a hospital in Toronto (Photo: Instagram)

In her Instagram post, she shared a couple of pictures and a clip. The first was a picture, and the second was a clip of herself in a hospital bed. Similarly, the third one was of her actor boyfriend Dylan Minnette visiting her with a unicorn-styled bunny in his hands.

Her comment section was filled with well-wishes from her friends and followers. Minnette had also commented by writing his girlfriend is “tough as hell.”

Another friend wrote, “scary! Glad you were able to get to the hospital quickly.”

“Sending you the biggest virtual hug rn so glad you are safe. Hoping you have the smoothest and speediest of recoveries,” wrote one fan. We also wish Night the best and hope she recovers quickly and can resume her tour.