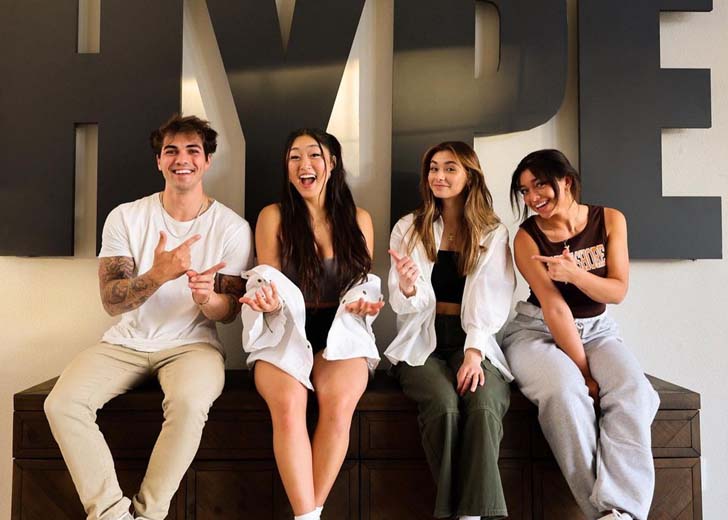 Paige Taylor is welcomed into the Hype House family.

Paige Taylor is officially the newest member of the Los Angeles-based Hype House.

On Saturday, May 14, 2022, the dancer/TikTok star, Hype House, and its founder Thomas Petrou took to their official Instagram handles, respectively, to announce the news in a grand way.

Taylor posted a series of pictures alongside other members of the Hype House. In the first picture, she was accompanied by Petrou, his girlfriend Mia Hayward, and Tabitha Swatosh – she joined in February.

Additionally, in the third photo she posted, she was seen having some food with the said members, where Jake Hayward had also joined them. She had captioned her post by writing, “feels like home.”

Several internet celebrities and followers had shared their excitement in the comment section. Mia Hayward wrote, “SO happy to have you:).”

“LOVE YOU PAIGE SO PROUD OF EVERYTHING UR ACHIEVING,” wrote one of her well-wishers.

Additionally, several Instagram users on Taylor and Hype House’s post commented that they already knew Taylor would join the Hype House. “I knew you were following her; it was easy, lol,” one commented.

One of the reasons why many already believed that the TikTok star would be joining the Hype House was due to Taylor’s video on her TikTok handle, which was posted four days ago, on May 11, 2022.

The dancer was seen making some moves in front of a huge sign that read “Hype.” The same symbol was again seen when Taylor was announced as Hype House’s new member — the pictures with the existing members were taken in front of the sign.

Thus, some thought that she would soon be joining the Hype House. Anyways, it seems like Taylor is already enjoying her new company, which could be seen via her TikTok handle, where she has already shared a couple of videos with the Hype House members.

Furthermore, the official TikTok handle had shared a video to welcome Taylor. Petrou, Hayward, and Swatosh were first seen dancing to ‘About Damn Time’ by Lizzo, then Taylor pops in the video, and they share the dance floor.