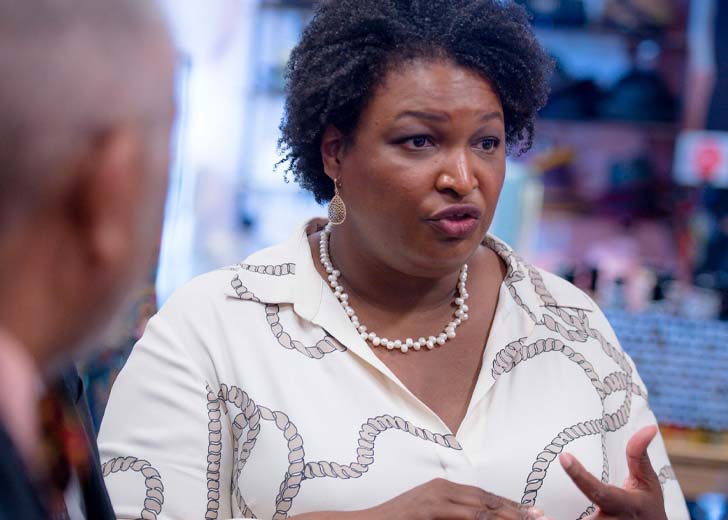 Stacey Abrams is an American politician who served the Georgia House of Representatives from 2011 to 2017 as a minority leader.

She was born on December 9, 1973, to father Robert Abrams, and mother Carolyn Abrams. Abrams is also a lawyer, voting rights activist, and author.

She has written a few fictional as well as non-fictional books, among which Our Time Is Now, and Lead from the Outside were New York Times bestsellers.

Her net worth is $3.17 million, according to CBS News. Her net worth has increased as she ran for a bid governor this year, as compared with a net worth of $109,000 when she first ran four years ago.

In 2018, Abrams vied for the governor of Georgia as a Democrat. She got defeated by the Secretary of State, Brian Kemp, by less than 2 percentage votes.

Kemp’s victory with a narrow margin created a debate about the history of voter suppression in Georgia. Thus Abrams, who had been running a voter registration campaign since 2014, was credited with estimated 800,000 new voter registrations for the 2020 presidential election.

Recently, for the second time, on November 8, 2022, Abrams stood to fight for Georgia Governor against Kemp, which she lost this time too. Let us know about her personal life in the further part of this piece.

Does Stacey Abrams have a husband?

With Abram’s political journey, people are curious about her marital state. As per the revelation made by her, the 48-year-old politician is still single.

However, she seems open to relationships. she told CBS This Morning host Gayle King that if a guy realized she was out there and wanted to drop her a note, she is looking forward to meeting him.

She also revealed, “I thought I would be in love and have children by the age of 28.”

In a 2018 interview with WSB-TV Atlanta, she pleaded with voters to disregard her marital status as a deciding factor in considering whether she deserved to be governor.

She had stated, “I want every Georgian to have the freedom and the opportunity to thrive, and I don’t think my skin color, my marital status, or my background – other than the background of being someone who has worked hard to serve the people of Georgia for the last 11 years – should be a deciding factor.”

In August 2019, in the Abrams interview with Bustle, she revealed that questions about her marital status also came from her campaign team. They suggested that she would appear more appealing to voters if she got a boyfriend.

Abrams refused her team’s suggestions, “I was not going to fake a boyfriend. If I find him, great, but I wasn’t going to pretend that he existed or create some notion of a relationship.”

In the interview in 2021, she mentioned dating someone. She said her relationship with her boyfriend ended just before Covid Pandemic took place.

Who was Abrams dating? About her broken relationship

In her book Minority Leader, Abrams mentions her broken relationship with a boy named Chad. She has written about how the relationship ended, and she was left heartbroken and used her pain to succeed in her life.

Stacey tweeted something regarding her book, Rules of Engagement, in July 2017, “I wrote my ex-boyfriend in as a character and put him in prison, where he languishes to this day.”

It was not clarified whether it is the same ex-boyfriend she mentioned in her earlier book Minority Leader.