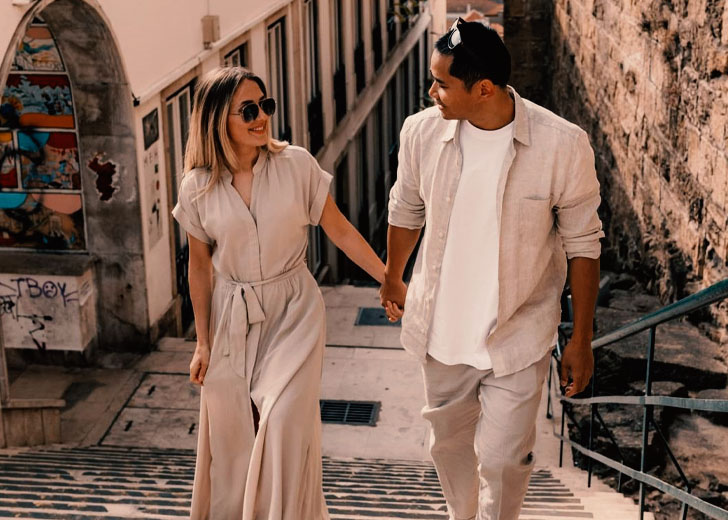 The Black Widow star has broken up with her boyfriend turned fiancé David Cheung, a source exclusively tells GlamourBuff.

As per the source, who is close to the actress, the duo parted ways amid Cheung’s cheating rumors. They said that the stuntman had rekindled with his former partner – name unknown – in late August while he was away for months, working on a movie.

After finding out about it, Lynes ended things with him in the same month. The source also claimed that despite their break up, they worked together in a Holllywood movie in the following month, September 2021.

“They seemed on friendly terms despite the [cheating] scandal, but definitely weren’t together anymore. They traveled home each day in separate cars,” the source further added.

As of now, Lynes and Cheung are yet to announce their split publicly. However, their split seems confirmed as the actress has deleted several pictures of her partner that she posted on Instagram, including the ones from their engagement.

“They also spent the holidays and new year apart,” claimed the source.

On the other hand, Cheung hasn’t deleted any of those pictures from his social media handles. In addition, both of them are still following each other on Instagram.

Lynes reportedly told her close friends that she is looking forward to making a leap in her career given most of her focus on it and that she doesn’t have much time for dating now.

Her recent Instagram posts also show that she has been training hard as a fighter as she is also a fight choreographer and stuntman.

“2022 the year of the villain,” she had captioned her second last picture — posted on January 4, 2022 — on the platform following by a scorpion emoji.

She recently was in Norway for the filming of a project and returned back home on Friday, January 7 – as per her Instagram story.

Lynes and Cheung first met each other around 2015 and began dating in October of that year.

After being in a relationship for over four years, Cheung proposed to her on New Year’s Eve 2020, while they were in Cebu. She said yes and they got engaged.

Lynes and her to-be husband seemed happy with their relationship. However, little did anyone know that fate had in store for them.

As of now, Lynes and Cheung are yet to give a comment on the topic.