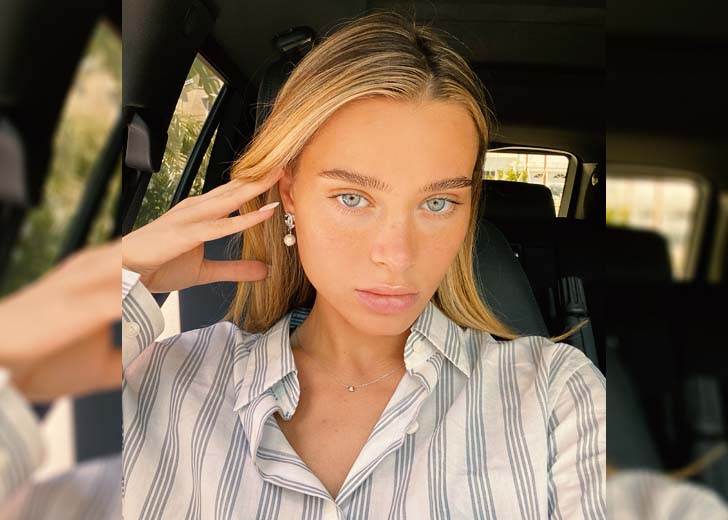 Lana Rhoades is officially a mother!

The American model went on her Instagram story on Sunday, January 9, 2022, to announce that she had given birth to her baby boy named Milo.

The picture that she shared on her Instagram story was of her in a hospital bed, wearing a hospital outfit, while holding her baby in her chest.

“Me + Milo will be in the chat today too!” she wrote on the story, which was followed up by a Smiley and Yellow heart emoji. She had also put up the link of her Discord channel, Crypto Sis.

As per the new baby mother’s written text on that story, it seems like she and her son had previously joined the Discord channel together. Thus, it makes sense to assume that she gave birth to her child some time ago.

However, it’s yet to be officially announced when she gave birth to her child. On the other hand, she had already disclosed the gender of her baby and his name a while ago. She gave out those details while giving a “baby bump” update on August 16, 2021.

She had shared a picture of herself standing in front of a swimming pool. She first mentioned that she will soon be hitting the 20 weeks pregnant mark in a few days, but her bump is still tiny because “every woman looks different during their pregnancy depending on factors such as their height, abdominal muscles, and where the baby is sitting.”

She then mentioned that her baby boy “is actually measuring bigger than most babies” and that the ultrasound technicians had told her that “Milo has giant feet and long legs.” “So we will be skipping new born clothes when he gets here!” she further added.

This is the first time Rhoades has become a mother as she had suffered a miscarriage in her former relationship. She seems to be very delighted to have a child in her life as it’s been one of the few things she has desired the most for a long time.

The internet personality had announced her pregnancy back on June 1, 2021, with a simple pregnancy announcement post consisting of a picture of her sonogram only. In that post, it was mentioned that her baby’s due date was January 13, 2022.

But, it now seems like she gave birth to her child ahead of the due date.

As of this moment, the questions on who Rhoades’ baby daddy is are still forthcoming as she hasn’t revealed it. There were several rumors on that topic, but none of them were proven to be true.

It was also rumored that her ex-boyfriend Mike Majlak was the baby’s father. But, he clearly denied that during one of the episodes of the Impaulsive podcast.