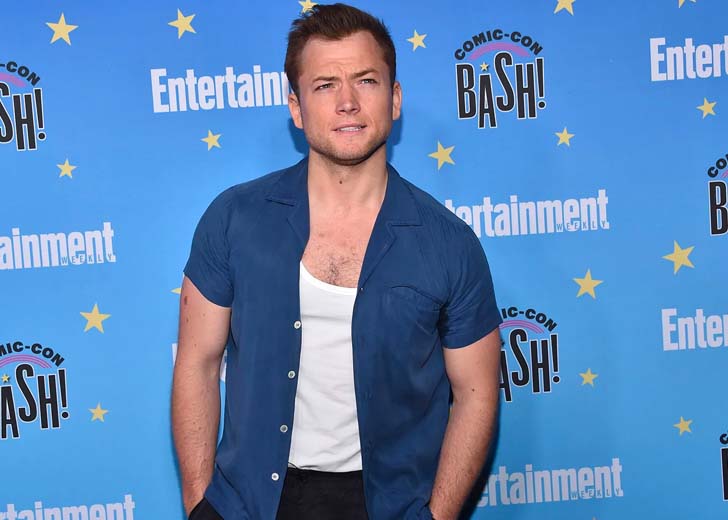 Taron Egerton’s fans are ‘eager’ to know about his dating life.

Taron Egerton’s dating life has been questioned a lot by his fans and followers. They want to know if he is married and has a wife or if he is dating his girlfriend. Moreover, there are many speculations that he is gay and has a boyfriend.

The Sandman star rarely talks about his love life and does not post much about it on social media. So, there is no way of telling if he has a girlfriend or a wife right now.

That being said, Egerton has only been in one public relationship.

Taron, contrary to popular belief, is not married and does not have a wife. Instead, he had a long-term relationship with his former girlfriend.

He dated Emily Thomas for six years. Like Egerton, Thomas is involved in the entertainment industry and Hollywood.

Many fans of Taron Egerton are eager to know about his dating life, including about his girlfriend and wife. (Source: Instagram)

But she did not work in front of the cameras like her partner. Instead, she served as producer and assistant director in many successful movies.

Some projects she has been credited for are The Batman, Justice League, Wonder Woman: 1984, Solo: A Star Wars Story,  Captain America: The Winter Soldier, Longmire, and The Kid Who Would Be King.

Egerton and his girlfriend first broke up after dating for two years in 2018. However, the split lasted for only four months.

It was reported that the pair reconciled at the pre-BAFTA Filmmakers Dinner and stayed together for four more years. Unfortunately, it seems like their relationship is over now.

Egerton deleted all pictures of the couple from his social media. And it is reported that he was using the celebrity dating app, Raya, to find new love in April 2022.

The Sun reported that the reason for their breakup was because of their hectic schedule. A source told the tabloid, “Taron and Emily have both been really busy for the past year, and it put a lot of pressure on their relationship.”

Even if they parted ways, it had not been easy for the couple to move on. However, Egerton took some time for himself and is reportedly open to meeting someone else and calling them his girlfriend.

The gay rumors about Egerton started after he portrayed Sir Elton John in the biopic of his life named Rocketman. John is an openly gay star, so Egerton representing him in his biopic made people question his sexuality.

Egerton fueled the suspicions further by posting a now-deleted Instagram photo with another man. He captioned it as “Cutie. My boy.”

This led many to believe that Egerton was coming out and was embracing his sexuality as a gay man. Soon, the comment section was flooded with pride flags and people commenting how happy they were for the actor.

However, Egerton later clarified that he was not gay. In a statement to Metro UK (via Gay Times), he explained why the caption fueled the speculations.

He explained that one of his friends was at his London flat and the actor took a picture of him. He kept the photo on Instagram, saying his friend was cute.

However, the speculations about his being gay were false. It was just him appreciating his friend and nothing else.

Egerton said, “I’m not gay, but two of my mates came out when I was 15, and it was a joy to support them because, as a group, we are all secure in who we are.”

He then added, “I’m certainly not going to stop calling my mates cuties and gorgeous because they are cuties, and they are gorgeous.”