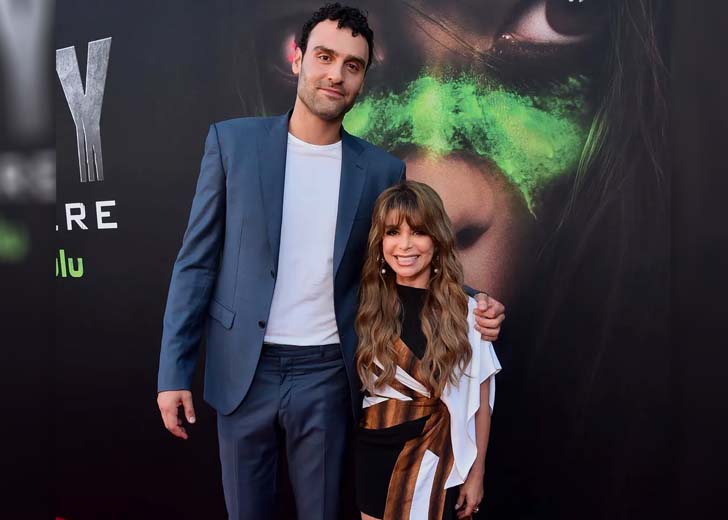 “I’m also not dating anybody, so whatever is being put out there is fraud information,” DiLiegro captioned a photo.

Dane DiLiegro is a former basketball player and actor from the United States. DiLiegro played eight seasons of professional basketball for clubs in Italy and Israel.

He presently works as an actor in Los Angeles, and in 2022 he played the Predator in the film Prey.

Recently rumors about DiLiegro dating his costar from the movie Prey surfaced after they were seen together on the red carpet. Is DiLiegro dating anyone? Let’s find out.

Some fans speculated that love was in the air for DiLiegro and his costar Paula Abdul after they were seen on the red carpet together for Prey. Fans couldn’t get enough of the couple after seeing a photo of them together on Tuesday.

In the viral picture, the actor, who measures over 7 feet tall, was seen towering over the petite Straight Up singer.

All that being said, Radar later confirmed that the dating rumor was false and completely platonic.

Moreover, the rumors had started flying after a tip was sent to Deuxmoi, an Instagram account dedicated to celebrity news, stating the two stars were “all over each other” at the premiere.

But the former professional basketball player-turned-actor quickly took to Instagram Stories to clarify his relationship status.

“I’m also not dating anybody, so whatever is being put out there is fraud information,” DiLiegro captioned a photo with a thumbs up for the camera on Thursday.

Even though they look stunning together, the couple is not romantically linked and is content to stay single.

According to Meaww, DiLiegro is concentrating on his new film, and the former American Idol judge, who was previously romantically linked to JT Torregiani, is keeping herself busy by attending various events.

Dane DiLiegro talks about ‘Prey’ and his upcoming projects

DiLiegro explained to Entertainment Weekly, “I retired from basketball just over three years ago and moved to Los Angeles to pursue a career in acting. I had two characters in mind that I wanted to do.”

He shared that the one was the Predator, and the other was Jason Voorhees. “I still can’t believe I got the opportunity to portray the Predator. It’s still hard for me to accept,” DiLiegro continued.

DiLiegro spoke about his Hulu’s Prey training, “I’d look through two holes in the neck. To get this Predator to look forward, I had to look at the ground. The vision was reduced, and certainly, I did a lot of training with my head down.”

“During rehearsal, I’d pull my baseball cap down over my eyes. If the behind-the-scenes images are released, you’ll see that I’m wearing a baseball cap while the head isn’t on, because it was for rehearsal.”

Before his part in Prey, he starred in the eerie American Horror Stories and as a zombie in The Walking Dead. DiLiegro remarked, “I guess I was one of the tallest walkers in Walking Dead’s history.”

“I worked on a Marvel film that was only completed a few months ago. In addition, I am now filming a Lucasfilm project,” DiLiegro told Entertainment Weekly.

“They aren’t necessarily big title parts like Predator, but to be engaged in something under those umbrellas is an honor and gives me a real feeling of pride.”