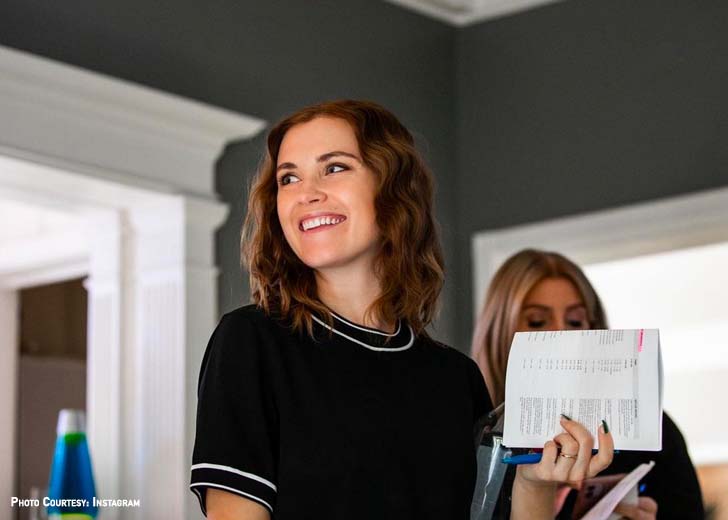 Know how rich Eliza Taylor is!

Her most prominent roles include Janae Timmins on the Australian soap opera Neighbours (2005–08) and Clarke Griffin on the dystopian science fiction series The 100 (2014–2020).

She started her career in 2003 and has been active in the entertainment industry for almost two decades. As a result, she has amassed a massive net worth to date with the help of TV shows and movies she has done.

So, how rich is Eliza Taylor? Here is everything we know about her net worth and career.

How rich is Eliza Taylor?

Different sites have noted different amounts for Taylor’s net worth. However, one thing is common —  they are all seven figures.

According to Celebrity Net Worth, Taylor’s net worth is $3 million. It is the same as her husband, Bob Morley, who worked with her in The 100 for seven seasons between 2014 and 2020.

However, according to The Richest, the actress’s net worth is $2 million. It is unknown Eliza Taylor salary per episode The 100, but compared to her cast mates, her net worth is pretty average.

It is reported that Paige Turco is worth $5 million, Marie Avgeropoulos and Isaiah Washington are $500,000, Lindsey Morgan and Henry Ian Cusick are $1 million, Adina Porter is $2 million, and Zach McGowan is $4 million.

It is unknown what Richard Harmon’s exact net worth is. However, it is speculated to be around $100,000 to $1 million.

Taylor started her career after starring as Rosie Cartwright in The Sleepover Club in 2003, following a lead role in Pirate Islands. In 2003, she transitioned to mature audience shows with a guest appearance on Blue Heelers.

Taylor’s big break came in 2005 with the Australian soap opera Neighbours. She was cast as Janae Timmins after appearing as a guest star in 2003.

Taylor initially auditioned for the role of Lana Crawford, but actress Bridget Neval was ultimately cast. Later that year, Taylor left the series to pursue other projects, such as pantomime and a career in the United States.

The actress completed her final studio scenes in 2007, and her last episode aired on February 8, 2008. She was nominated for Best Female at the Inside Soap Awards in 2007.

Taylor visited the United Kingdom in late November 2007, and on December 1, 2007, she turned on the Weymouth Christmas lights. From 19 December 2007 to 6 January 2018, she played Snow White in a Christmas pantomime at Weymouth Pavilion in England.

It is reported that Eliza Taylor’s net worth is $3 million. (Source: Instagram)

In 2009, she appeared in an episode of All Saints and filmed The Laundromat, a short drama-comedy film. She also appeared in the horror film 6 Plots.

She later appeared in the pilot episode of Winners & Losers. Taylor was cast as the lead character Clarke Griffin in The CW’s new post-apocalyptic science fiction drama series The 100 on March 1, 2013.

She was nominated for Choice TV Actress: Sci-Fi/Fantasy at the Teen Choice Awards from 2015 to 2018 for her role in The 100. She played Ellen Langford in the Netflix Christmas romantic comedy-drama film Christmas Inheritance in 2017.

She was announced as executive producing and acting in the indie film It Only Takes A Night in 2021. She is currently set to star in Erik Bernard’s sci-fi film I’ll Be Watching in 2022.

Her husband Morley will co-star with her, according to Deadline. It is reported that Taylor will play a woman who is trapped in her new home and becomes caught in a fight for survival.

Morley, on the other hand, will play her tech expert husband.