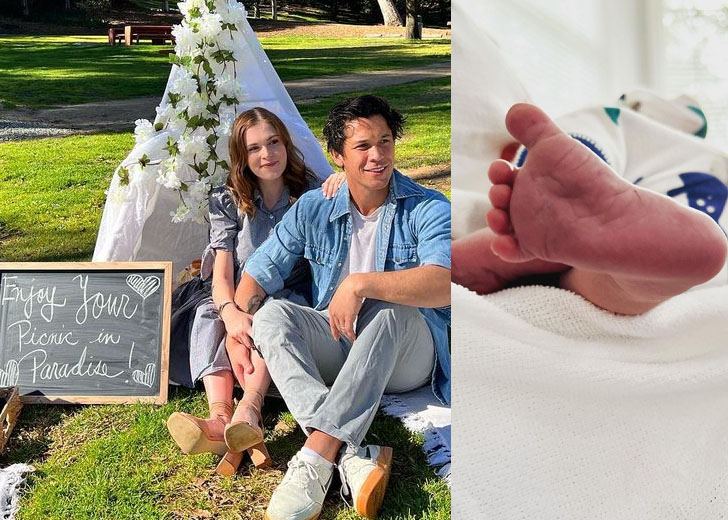 A new member has been added to the family of ‘The 100’ co-stars.

On March 18, 2022, Taylor had hinted that she had already given birth to her baby when she posted a picture of herself while hiding her baby bump with bedsheets. Captioning her post, she had written, “Hot mess mama!”

The official confirmation came just one day later, on Saturday, March 19, when the actress posted a picture of her first child’s feet. In the caption, she wrote that sleep had become a thing of the past due to the arrival of her newborn, but she and her husband couldn’t be happier.

Her caption read, “Though sleep is well and truly a thing of the past, we could not be happier.” The married couple is yet to reveal the gender and name of their child, but some speculate it’s a baby boy.

The 100 co-stars had announced they were expecting their first child together on February 7, 2022, via their respective Instagram handles. Both of them had posted the same picture: two slippers reading “Mama Bear” and “Papa Bear” and one small slipper reading “Baby Bear.”

“Gearing up for the greatest roles ever. Big little shoes to fill and we cannot wait!” Morley had captioned his post.

The birth of their child comes around three years after the couple suffered a miscarriage in 2019 – about which they revealed during the 2020 Unity Days convention. Morley even got a tattoo of a father penguin and his chick to remember the loss.

As of now, Taylor and Morley have been married for over two years and will celebrate their third wedding anniversary on May 5, 2022. The new parents tied the knots on May 5, 2019, in a secret ceremony.

They first met each other on the sets of The CW series titled The 100. They initially started out as friends, but things took a turn for the Australian natives in 2019 when Morley asked Taylor out on a date.

The two got to know that they wanted similar things in their life – to have kids, a good career in the entertainment industry, and a solid home base in Australia. They eventually got engaged in April 2019 and married one month later in Hawaii. The news of their marriage was revealed on June 7, 2019.