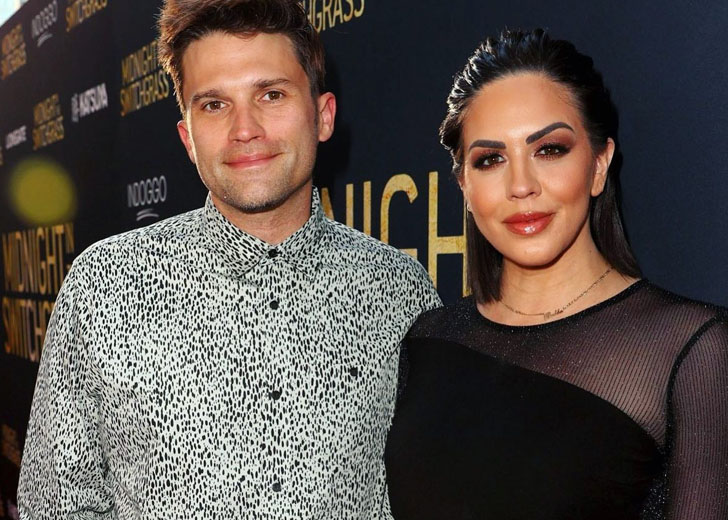 Tom Schwartz and Katie Maloney had announced their split on March 15.

Tom Schwartz‘s marital relationship with his wife, Katie Maloney, is seemingly coming to an end.

What started as a split – like it was announced – has turned into a divorce now. TMZ reported that Maloney filed for divorce from Schwartz on Tuesday, March 22, at the Los Angeles Superior Court.

Just a week before, on March 15, the Vanderpump Rules stars had taken their respective Instagram handles to announce their split. The now-split couple posted written lengthy statements, followed by some pictures of them.

Some lines of Maloney’s statement read, “After 12 years on an adventure through life together Tom and I are ending our marriage. This ending is not met with resentment or animosity, no sides to choose. We have deep admiration for one another that will always remain and we cherish our friendship.”

“Fully respect Katie’s decision and we’ve had healthy, productive conversations about it. It would be far sadder if she decided to stay with me whilst not happy. We had some of the most blissful, romantic, fun times humanly possible over the course of our relationship,” Schwartz had written in one part of his statement.

Just a day after their split was announced, on March 16, Maloney was featured in Dear Media’s celebration for Women’s History Month. During that, she mentioned that her most empowering moment was when she chose herself, in any form, accept and love herself and don’t back down.

Speaking on what Women’s History Month means to her, she said, “Reminder that women are powerful and have the ability to run the world.” “If you’re being true yourself, you will never have any regrets,” she stated when asked what the best advice she has ever received was.

Additionally, on March 18, Maloney appeared on the You’re Gonna Love Me podcast and said that no crazy incident or fight led to her breakup with Schwartz. Instead, it was a low-drama breakup.

On day later, on March 19, the former couple spent some time together and had drinks at Mister O’s in Studio City, California, per TMZ. As per an eyewitness, the two looked disinterested in each other and constantly checked their cellphones.

Katie Maloney has officially filed for a divorce from her husband, Tom Schwartz (Photo: Instagram)

“There was zero evidence of affection. They talked, but that was about it. They were there for a fairly long time,” the eyewitness added.

Maloney and Schwartz didn’t keep their meetup a secret as he had clicked a picture of Maloney having a drink and shared it via his Instagram story. Maloney later reshared the story and wrote, “It’s all good.”

Maloney and Schwartz’s split came sometime after she was seen without her wedding ring. The separated duo first began dating in September 2010. In August 2016, they got married on Vanderpump Rules, but as it wasn’t official, they flew to Las Vegas and made it official in July 2019.

Posted on August 15, 2022August 15, 2022
"I should clearly state that these accusations were proven to be false," said SVB on his video.
Read More