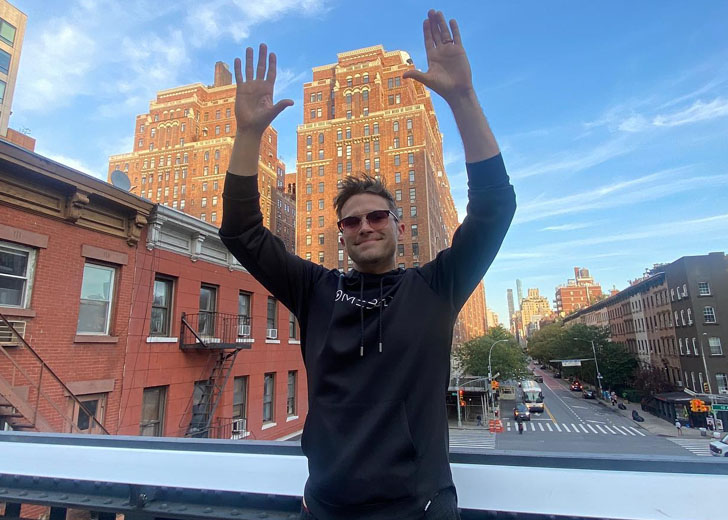 Tom Schwartz grew up with his three siblings.

Tom Schwartz is a renowned reality television personality who came into the limelight through his appearances in Bravo TV’s reality show Vanderpump Rules.

He has been a part of that show since 2013 and has appeared in a total of 80 episodes. Accompanying him was his wife, Katie Maloney — they are now separated. The couple announced their split on March 15, 2022, after 12 years of togetherness.

Coming back to his professional life, he has made a few cameo appearances in a couple of TV shows, including Two and a Half Men and True Blood. Here are other details about him, starting with his net worth!

What is Tom Schwartz’s net worth?

Schwartz has made quite the name from his time as a reality star. Apart from Vanderpump Rules, he has been a part of several reality shows.

Additionally, he is the co-owner of a West Hollywood-based restaurant, TomTom Bar, which he opened alongside his friend Tom Sandoval.

Considering his fruitful career, he must have managed to accumulate a healthy sum. Celebrity Net Worth reports that Schwartz has an estimated net worth of around $4 million.

How old is Tom Schwartz?

As of this writing, Schwartz is 39 years of age. He celebrates his birthday on the 16th of October every year.

Born in 1982, he was initially raised in the suburbs of Woodbury, Minnesota. His zodiac sign is Libra.

Speaking with BravoTV, he said, “I was pre-med in college. [But] what I really wanted to do was act. I thought, ‘Who am I to think I can be an actor?’ I tried to deny the feeling for a while, but then I got into print [modeling] work, and the entire being on the set thing was really fun.”

Schwartz was raised as the eldest son of his parents, William C. Schwartz and Kimberly Sue Schwartz. Apart from his parents, he has three biological siblings: triplet brothers named Robert, Billy, and Brandon Schwartz.

Tom Schwartz (on the far right) with his triplet brothers (Photo: Instagram)

Additionally, he has a sister, two half-sisters, and a half-brother. Altogether, his father was a parent to eight children, and four of them were from his previous marriages.

As of now, Tom’s biological parents are also divorced. RadarOnline exclusively revealed the news of the reality star’s parents’ divorce in February 2017. It was reported that his mother had filed for a divorce on November 15, 2010.

It was further disclosed that Kimberly asked for alimony to support herself as she had no funds. However, as the now-divorced couple couldn’t afford their lifestyle, they were forced to file for bankruptcy in April 2012 – their divorce was still being processed.

Several other details were released by the outlet, including that Tom’s father was only allowed to return to the marital home for “two hours per week” to perform his chores and that he shouldn’t drink or come to marital home while drunk.

“The Husband shall not threaten, assault, or harm the Wife nor make derogatory comments to the Wife,” the court documents further stated.

Furthermore, the court gave Kimberly the green signal to use the family house until it was sold. And if the house gets sold, some amount would be given to her to purchase the vehicle and clear the credit card debt and to her aunt and mother as well.

“The remaining funds will be divided sixty percent to the wife and forty percent to the Husband,” the court documents stated. All of that was agreed upon, and the divorce was carried out smoothly.

As for what they do and where they are now, those details remain undisclosed. And as for his triplet brothers, Tom had revealed in March 2017 that they reside and work in North Florida. Two triplets work at a resort, and one works in a restaurant.

He also mentioned that he loves to hang out with the three of his brothers, there will always be non-stop entertainment when he is with them, and that they have huge hearts.