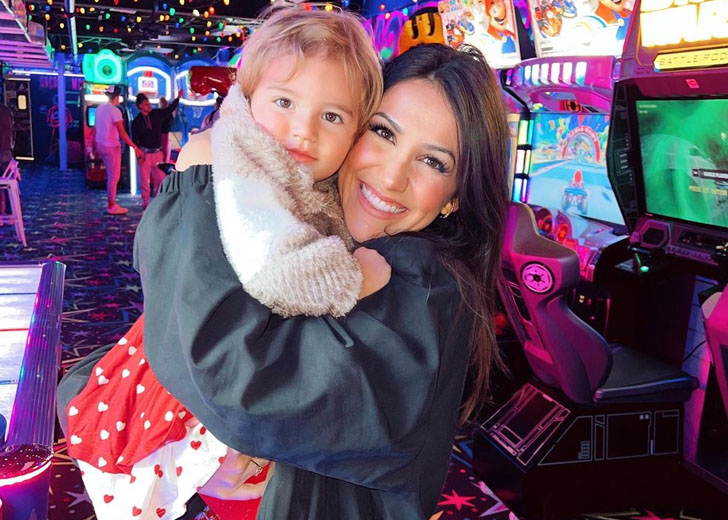 “Divorce is very hard, especially when you got kids,” Kat Stickler says tearfully.

Kat Stickler opens up on the hardships following her divorce with ex-husband Mike Stickler, co-parenting her daughter MK, and other people’s mindsets on her current personal life – she is dating her boyfriend, Cam Winter.

On a TikTok video posted on Saturday, March 5, 2022, Kat talked about everything mentioned above — with tears in her eyes.

In the 2 minutes and 14 seconds long video, she first said [in a muffled and unclear voice], “Okey, whatever you’re saying about me before. I just need to talk about this really quickly.”

“Divorce is very hard, especially when you got kids. I got married with the intention of staying with that person forever. Right? Because I had a child with him and I wanted that family to be this perfect family.”

“That didn’t happen, right? And now I have to deal with not having my daughter all the time. It freaks me. Fricking hard. You have no idea,” she added.

Kat then mentioned that her ex-husband gets to spend time with her daughter every other weekend, and though she knows she gets her all the other time, “it’s just you just feel like a bad mom when you are not with her.”

“Like I am the sole provider for her. So, I have to work and I feel bad when I leave her.”

As she went on, she mentioned that when she sees some negative comments, they bother her even though she knows they shouldn’t. “But it bothers me because sometimes I feel like it’s society’s view on this whole thing.”

She continued, “That there is a social stigma on these gender standards. Like I am a woman, right? I start dating again [after divorce], I am a slut. But, if a man starts dating again, good for him. Women, ascertain, speaks her line, she is a b***h. Man speaks his line, wow he is a boss, right?”

Kat then talked about how many people said it’s so soon to be dating again when she began her relationship with her boyfriend, Cam Winter. She said, “I start dating, oh my god, it’s so soon.”

“And it’s like this crazy thing of trying to keep everyone happy,” she added.

Similarly, Kat stated that the only opinion that matters to her is of herself and her daughter. And when her daughter gets older, she will realize that Kat did everything she thought was great, and she was young and didn’t really know what she was doing.

Additionally, she said that she did everything for her daughter. And if people want to blame someone, then those people don’t know what that person is going through.

At last, she thanked her well-wishers for supporting her and mentioned that it meant very much to her.